The controversy over the law ministry’s note summoning the chief election commissioner and the two commissioners for a meeting chaired by P.K. Mishra, principal secretary to the prime minister, reignited the debate on the “arm’s length” to be maintained by heads of autonomous institutions. The principle is applied mainly to judges of the Supreme Court and high courts, election commissioners and the comptroller & auditor general (CAG), who have to take decisions which may displease the executive.

However, other functionaries of the Constitution like the president, vice president, Lok Sabha speaker, attorney general, chairman and members of the Union Public Service Commission work with the government of the day. While the president is bound by the advice of the Union cabinet, the vice president, as chairman of Rajya Sabha, constantly interacts with ministers as he has to ensure its smooth functioning. Audit reports of two CAGs—T.N. Chaturvedi on the Bofors scam and Vinod Rai on the 2G scam— have shaken the chairs of prime ministers Rajiv Gandhi and Manmohan Singh. Yet, the appointment of the chief election commissioner, election commissioners and the CAG, which is solely made by the prime minister, has seen favourite bureaucrats being selected for these sensitive jobs. Since every government has done it, there is no push to have a neutral panel appoint the high functionaries. 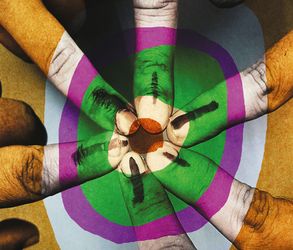 While judges were supposed to maintain a mile’s distance from politicians, there is now a great deal of interface with judges and ministers taking part in functions, chief justices of high courts holding meetings with chief ministers, and the Chief Justice of India consenting to be a member of committees headed by the prime minister to select the director of Central Bureau of Investigation, the Lokpal and other high-profile appointees.

In recent times, former chief justice S.H. Kapadia avoided going to social functions, as he did not want any loose talk around his adherence to delivery of justice. On the other extreme is chief justice Ranjan Gogoi, who accepted a nomination to Rajya Sabha soon after retirement. Judges and lawyers argue that unlike earlier when judges could insulate themselves in their legal towers, information revolution has invaded every judicial chamber now. There are stories of how sessions judges would not even read the morning newspaper, lest they come across a report on a murder trial they were presiding over. But now smartphones bring a barrage of news.

One functionary not mentioned in the Constitution but is expected to keep the government at an arm’s length is the CBI director. But his office has always been close to the chambers of the home minister and minister of state for personnel. In the division of his loyalties, it was devised that he would only report to the courts on the CBI’s investigations, and would report to the government on budget, staff and administrative matters. But a clever bureaucrat coined the term “preliminary inquiry”, where the government entrusted investigations to the agency without having to file a first information report in a court. That was a clear way to cage the parrot, as the Supreme Court said later about the government control of the agency.

Chief Election Commissioner Sushil Chandra did the right thing by expressing his displeasure over the law ministry note, but did wrong by taking part in an “informal” discussion with Mishra, after the regular meeting was over. It is this informal chat that is seen as the government commanding and hugging the commission, especially when assembly elections are round the corner. Famous predecessors like R.V.S. Peri Sastri and T.N. Seshan had taken on prime ministers in asserting the independence of the commission.

But the bigger test for Chandra and his two colleagues would be the supervision of the highly charged contests in Uttar Pradesh.