The withdrawal of the contentious farm laws is having multiple consequences for the BJP, which was otherwise riding strong on the stallion of parliamentary majority. Though, there is a perception that the decision was taken due to electoral compulsions, the party has been confronted with twin realities of caste and agriculture in recent months.

The decision to withdraw farm laws was unilateral—without discussions in any party fora, including the national executive, which met few days before Narendra Modi addressed the nation. But, now, party leaders from rural areas say the government should consult them more. 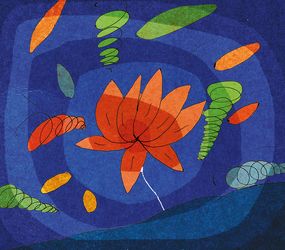 Varun Gandhi, who has written on agrarian policies, has made public his letter to the prime minister. Other MPs, too, have been conveying their opinions on policies, which are perceived to be not in the interests of farmers and agriculture labourers. Many have written about the fertiliser shortage in several states. The MPs are also agitated that the much-acclaimed Pradhan Mantri Ujjwala Yojana—of providing gas connections to every kitchen—is shadowed by lesser refills being availed.

There is also criticism that the kisan units of the party at the national and state levels are not taking enough initiatives to mobilise farmers and farm labourers. Several ministers in the cabinet handling agrarian subjects have urban backgrounds. There are suggestions that the party should run a brainstorming session on agriculture and rural development to find out whether the push for a single all-India model on different sectors would help farmers, agricultural labourers and rural artisans.

The BJP is also forced to look more intensely at tribal constituencies, as it had lost power in Chhattisgarh and Jharkhand; had fared poorly in BJD-ruled Odisha, but made some gains in West Bengal’s tribal belt. The Congress and activist groups have accused the Centre of approving too many industrial and infrastructure projects in the tribal belt, ignoring local misgivings.

Conversely, there is also a strong feeling that the party cannot bend too much to accommodate leftist policies, as that would dilute the ‘right-of-the-centre’ ideological focus of the BJP. The question is whether the party would be more vulnerable to other pressure groups in areas of privatisation of public sector.

The RSS has a head of ideological thought who constantly holds discussions to enforce and fine-tune the ideological thought and action plan of the Sangh. It was Modi who succeeded in blending ideology with electoral pragmatism to give scintillating results.

The rollback on agriculture would not diminish Modi’s power, but would increase the chatter on governance options as the bigger election looms in 2024. That would also give an opportunity for Modi and his core team to find enough ways to tell the party leaders, the faithful and the swing voters, that it would listen to all sections of society as much as it speaks for them.