For the Maharashtra government, former Mumbai police commissioner Param Bir Singh is a missing person; a court declared him a proclaimed absconder. Yet, thanks to the interpretation of rules framed long ago, he would not be considered missing by the Central government until next year. The civil services rules stipulate that if a person is absent from work without authorisation for at least a year after his leave expires, he is confirmed to be missing from service, and can be automatically dismissed.

This is the protection clause inserted long ago to protect officials from the all India services who may go on leave because of harassment by states.

There is much speculation on where Singh is hiding, after making staggering corruption allegations against former Maharashtra home minister Anil Deshmukh (who is now in jail). The Maharashtra government has slapped equally serious graft charges against Singh, saying that he used a gang of police officers to extort protection money from all kinds of businesses in the country’s commercial capital. Leaks from the investigative team said Singh, fearing for his life and liberty, fled to Nepal. There are others who claim that he has been spotted in Belgium and other European countries. There are also those who believe that Singh is being hidden by powerful people within the country and would make a dramatic return to topple the Uddhav Thackeray government. 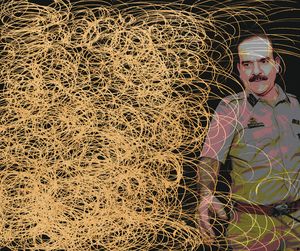 Yet, the home ministry, which administers the Indian Police Service, feels that there is a distinction between a missing officer and a court declared absconder. The department of personnel, which is headed by the prime minister and interprets the rule on all India service officers, agrees with the view. They point out that if the trial court in Mumbai has declared that Singh has wilfully defied summons, the criminal laws on fugitives will come into operation. If the court or the investigative agencies have reasonable proof that Singh is outside the country, then the Central Bureau of Investigation would weigh the evidence and decide on alerting the Interpol to issue a red corner notice for his apprehension.

The plot gets complicated as Singh is in the middle of the slugfest between the Nationalist Congress Party and the Shiv Sena, which rule Maharashtra, and the BJP. Interestingly, when the call goes out for Interpol assistance, the file would land on the table of CBI director Subodh Jaiswal, who is also from the Maharashtra cadre.

Though the rules restrict French leave to only a year, many IPS and IAS officers have been absent for decades, and their cases are pending. These officers took long leave to study at a western university, where they actively seek lucrative jobs and long-term employment visas. In one case, the resignation of a Maharashtra cadre IPS officer was accepted 16 years after she went to the US to get a doctorate. The department did not get response to the notices sent to her known addresses in the country.

Several times, members of Parliament have asked why these truant officials were not brought back to the country. In most cases, foreign governments do not even cooperate in locating them after they obtain citizenship or legal visas, as it would be an invasion of privacy. Even if there are simpler criminal charges, it would not justify the demand for forced repatriation. The personnel department, however, points out that the percentage of officers who go absent without permission is a miniscule number.

The view in the department is that Singh, who has only a short period before he retires from service, knew the odds well before he disappeared.