Barack Obama’s critics in the Republican Party used to repeatedly ask him whether he was actually born on American soil. As per the US constitution, only natural-born citizens could become president—a rule that has prevented distinguished Americans like Henry Kissinger and Arnold Schwarzenegger from nursing presidential hopes. When Obama ran for president in 2008, the birther controversy related to him was highlighted by Donald Trump, then a television host. Obama responded by insisting that he was born in Hawaii and teasing his critics to prove otherwise. The controversy died down after he released his birth certificate issued by the Hawaii administration, but conspiracy theorists still say Obama was born abroad.

Nisit Pramanik, the new minister of state for home in the Narendra Modi government, now finds himself in a similar birther controversy. Pramanik’s critics in the Congress and the Trinamool Congress say he was born in Gaibandha district in Bangladesh in 1986. Relying on a Wikipedia entry and information from his constituency (which is part of West Bengal’s Cooch Behar district bordering Bangladesh), they say that Pramanik was young when he came to India with his parents, who were Hindu refugees from Bangladesh. But Pramanik, who won the Lok Sabha elections in 2019 and the assembly polls earlier this year, had filed affidavits with supporting documents saying he was an Indian citizen born at Dinhata in Cooch Behar. 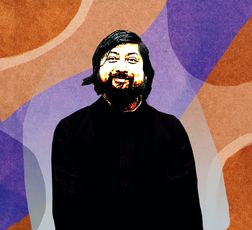 The BJP and the RSS have for long been championing the cause of Hindu refugees from Bangladesh’s troubled border districts. The Modi government had also pushed through the controversial Citizenship (Amendment) Act, which enables the government to grant citizenship to Hindus, Sikhs, Christians and other non-Muslims from south Asian countries. The earlier cut-off year for granting citizenship to Bangladeshi refugees was 1971—15 years before Pramanik was born.

BJP leaders in West Bengal initially argued that even if Pramanik was born in Gaibandha and was brought to India as a toddler, he was still eligible for Indian citizenship under the CAA. Senior leaders later insisted there was no need for him to get fresh citizenship, as he had certificates from the local civic body and school proving that he was born in India. The party’s top leadership has told Pramanik—known to be an ebullient leader who actively takes part in street protests and has several criminal cases against him—to remain silent, as the issue is bound to go to court.

Interestingly, officials dealing with citizenship issues in the home ministry would be reporting to him. The Trinamool Congress, of which Pramanik was earlier a member, is nevertheless trying to dig up dirt. The party has questioned his educational qualification; Pramanik had said that he was a graduate in computer application, and that the course was conducted by a junior school.

In 1999 and 2004, the BJP had strongly objected to Sonia Gandhi becoming prime minister, saying she was born outside India. The Indian Constitution, however, does not bar Indian citizens born on foreign soil from becoming prime ministers. I.K. Gujral and Manmohan Singh had been born in undivided India; their families had moved to the new India during partition. During Modi’s first term, the home ministry had received a complaint saying Rahul Gandhi had claimed British citizenship during the incorporation of a company in London. The Congress had vehemently denied the allegation and the ministry did not take any action.