BJP should know dividing Bengal into 3 states is not easy: Sachidananda Murthy

The demand raised by several BJP leaders for bifurcation (or trifurcation) of West Bengal is adding to the noise in a state where Mamata Banerjee trounced the saffron party in the assembly elections.

There are discreet exercises being done by the Central government’s parliamentary managers on whether the two houses of Parliament can clear the division of West Bengal as smoothly as the Lok Sabha and Rajya Sabha were hastened to approve the conversion of the state of Jammu and Kashmir into two Union Territories in August 2019.

At that time, after a landslide victory in the Lok Sabha elections, an aggressive combination of Prime Minister Narendra Modi and Home Minister Amit Shah pushed through the reorganisation of the militancy-hit northern state, by getting the endorsement of the state governor, who acted on behalf of a dissolved state assembly.

The freshened mandate also meant there was ineffective resistance from political parties, and even the Supreme Court did not hear the petitions challenging the change of status for nearly two years.

But, that was a golden honeymoon period for two reasons. The outrage over Pulwama attack and the pride over the surgical airstrikes on Pakistani targets had prepared the ground for drastic action to alter the status quo in Jammu and Kashmir. Plus, it was seen as a logical step based on the big affirmative vote for Modi and his policies. But things are not the same two years later—the government has been buffeted by political and administrative blows since the triumphant moment in 2019, when the president signed the law bifurcating J&K.

The BJP is already politically bruised on the issue of West Bengal. The opposition parties, both inside and outside Parliament, are much more belligerent. Article 3 of the Constitution says the government, through the president, has to ask the legislative assembly to give its opinion on the division of the state, before the law can be introduced for debate and decision in Parliament. 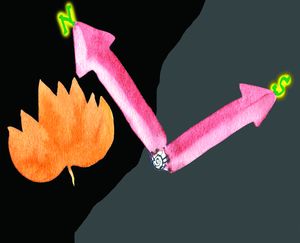 Even though the opinion of the assembly is not binding on Parliament, there will be huge loss of political dividend. In 2014, the Manmohan Singh government’s proposal to divide Andhra Pradesh was opposed by the state assembly and legislative council, but Singh went ahead with the bill in Parliament amidst protests from residuary Andhra Pradesh MPs to carve out Telangana. One dissident MP used pepper spray in the Lok Sabha. Thereafter, the Congress has been decimated in two consecutive assembly elections in Telangana and Andhra Pradesh.

If the Centre pushes forward the move to create the states of north Bengal and Jangalmahal (both having seven Lok Sabha and 49 assembly segments each), there would be alienation in Gangetic West Bengal, which would be left with 28 Lok Sabha and 196 assembly constituencies.

Jagdeep Dhankhar, the ambitious governor, has been sending reports on the constitutional breakdown in the state as a result of his long confrontation with Banerjee. But the TMC would not take it lying down. Like in Jammu and Kashmir, even if Dhankhar claims to be the state legislature and approves the proposal to divide the state, it would see both legal and street-level challenges.

There is no guarantee that the courts would not intervene under such circumstances.

Also, the reaction of even neutral parties like the Biju Janata Dal of Odisha, YSR Congress of Andhra Pradesh and Telangana Rashtra Samithi is unpredictable, thus making the passage through the Rajya Sabha tighter. The parliamentary and political managers of the BJP have to take a call on how to flex the muscles on West Bengal, without risking breakage of political bones.