Modi wants to move on pending reforms to make up for lost time: Sachidananda Murthy

Doctors insist that the phrase “the heart stopped”—to express shock and trauma—is unmedical because the heart never stops in a living person. Similarly, it would be imprecise to say the government has stopped in its tracks since governments continue to function through shocks and wars. Yet, the phase of multiple reforms envisaged by Prime Minister Narendra Modi for his second term has been affected by the triple whammy of the Covid-19 crisis, economic slowdown and Chinese aggression on the borders.

The slackening pace is not for lack of trying. But the preoccupation of the government with health scares, shutdowns, agitations and electoral machinations in the last 15 months has cast its shadow on multiple reform efforts. As the country gradually recovers from the second Covid-19 wave, the prime minister has signalled to his ministers to pick up the threads with urgency. Though the dozens of hours he has spent with his top ministers, senior bureaucrats and top party functionaries in early June have been attributed to a possible cabinet reshuffle, the government insists there is also policy stocktaking as ministers like Ravi Shankar Prasad, Narendra Singh Tomar, Piyush Goyal and D.V. Sadananda Gowda are more involved in governance, compared with political heavyweights like Amit Shah, Rajnath Singh and Nitin Gadkari. 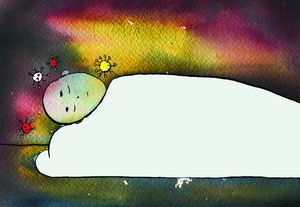 The disruption of two academic years had derailed the plans to implement the new education policy, which was finalised after long labour by the K. Kasturirangan committee, which itself had taken over the draft report of the first committee headed by T.S.R. Subramanian. The government could not get the stakeholders ranging from state governments to private universities to get fully involved in the education reforms, as they were busy with the jerks of virtual and physical functioning of schools and universities. The education ministry had to pay heed to the requests that institutions and faculty need the system to stabilise before big changes could be made.

Though the finance ministry insisted that the reforms detailed in the five stimulus packages of 2020 and the Union budget of 2021 were on course, the economic slowdown and the wild fluctuations in demand, supply and job generation have been telling on their implementation.

The big hit has been in the reforms of the agriculture sector, where the three far-reaching amendments to agriculture and marketing laws have been stuck in limbo because of the farmers’ agitation. With no solution to end the agitation, its implementation in the agricultural states had been hit, as the government itself had told the Supreme Court that it was ready to defer the laws for 18 months. The big foreign and domestic investments expected in agri marketing and processing are yet to flow as investors want more certainty. Similarly, the disinvestment of two public sector banks, a general insurance company and two petroleum marketing companies has been going slow thanks to adverse market conditions, even though the stock market is riding high on foreign fund flows and a spurt in domestic retail investments.

Modi has several deadlines to keep. He had set a deadline of August 2022 (which marks 75 years of Independence) to complete humongous schemes like housing and potable water for all. Despite warnings of a third wave, an uncertain economic and external situation, the prime minister wants his government to make up for the time lost since April 2020.