EC has enough clout as the biggest customer of EVMs, writes Sachidananda Murthy

Even as the Election Commission continues to be under lens for its omissions and commissions during the five state assembly elections, there is silence on one subject.

No party has complained about manipulation of electronic voting machines (EVMs).

The opposition is silent, as the emphatic victory of Mamata Banerjee in Bengal has come in spite of fears that the BJP machinery would “manipulate” the voting machines. Several parties had complained of EVM manipulation when the National Democratic Alliance came from behind to edge past the grand alliance in Bihar last year and when the Modi wave swept the Lok Sabha election of 2019 except in West Bengal, Odisha, Telangana, Andhra Pradesh, Tamil Nadu, Kerala and Punjab. 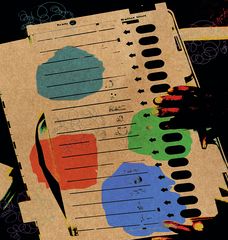 Even though the EC rejected demands for universal use of the paper trail, there is acceptance, reflecting the will of the electorate in all five states. The grievances were rather about a few malfunctioning machines and stray cases of negligence in transporting the machines after voting.

The Trinamool Congress had accused the paramilitary forces of partisan functioning, as they reported to the hyper-political Home Minister Amit Shah, but the month-long vigilance of all political parties at EVM storage centres ensured that there were no charges of manipulation. But Banerjee alleged there was fraud in the counting process and that it caused her narrow defeat in Nandigram to the BJP’s Suvendu Adhikari.

Most political parties have at one time or other questioned the machines. The BJP stalwart L.K. Advani was so shocked by the defeat to Manmohan Singh (whom he had called “invisible prime minister”) that he supported the extreme allegations of party spokesperson G.V.L. Narasimha Rao that EVMs were manipulated extensively to deny a victory to the saffron party. Rao has been quiet since 2014, and the party elevated him to the Rajya Sabha.

Senior Congress leader Kapil Sibal had supported a “cyber hacker” who claimed that the machines could be e-programmed to show voting for one party. But the EC’s experts tore the claim apart.

The EC has refused to allow any outside audit, saying the Constitution empowers only it to do what is needed for a free and fair election. Though the election commissioners have been accused of tilting towards the prime ministers who appointed them, all of them in the last three decades have taken a consistent stand on EVMs. They have insisted that in-house tests have ensured that the millions of machines produced by two public sector companies are foolproof, especially as each is a standalone instrument without any interlinking. Besides, their allocation to constituencies is random, so that entry of names, photos and symbols cannot be pre-programmed.

However, the EC has to have alternate plans in case the two companies—Bangalore’s Bharat Electronics Ltd and Hyderabad’s Electronics Corporation of India Ltd—are privatised under Atmanirbhar Bharat, in which only four companies in each sensitive sector can remain under government ownership. And, what if one or both companies are privatised and go into the hands of foreign or Indian owners?

The EC is confident it has enough clout as the biggest customer of EVMs to tell these companies to remain in the government fold. Even though political parties are quiet, conspiracy theories have a habit of resurfacing, providing again a whiff of controversy for the small devices that register democratic choice.