Nirmala Sitharaman has partially redeemed a promise she made 15 months ago to bankers. In December 2019, before the pandemic hit India, the finance minister had told chairmen of public sector banks that she would ensure that they would not be unduly harassed by Central investigative agencies, provided they followed proper procedures in sanctioning loans. She was referring to the fear of the three Cs in the banking sector. While the Central Bureau of Investigation (CBI) can book cases against anyone, from chairman to clerks, the other two Cs—Central Vigilance Commission (CVC), which can block promotions and appointments, and the Comptroller & Auditor General (CAG), whose critical reports spoil retirement plans—affect senior management members. It was Prime Minister Narendra Modi who had made the original promise to bankers in 2014, followed by Sitharaman’s predecessor Arun Jaitley. When Sitharaman made the promise in Delhi, CBI director R.K. Shukla was also present.

Now, the government bill on the establishment of a new development finance institution (DFI) to boost infrastructure projects has a provision—no Central agency, including the Enforcement Directorate (ED) and the National Investigation Agency (NIA), can initiate a probe against a senior official, until they convince the finance ministry that a prima facie case exists. There was widespread relief in banking circles. Once this ring-fencing is accepted, the government intends to amend other acts of Parliament that govern the State Bank of India, nationalised banks, Life Insurance Corporation of India, General Insurance Corporation, National Housing Bank and rural banks. That way it can provide a similar protection to the chairmen, directors and senior employees of these banks, too. 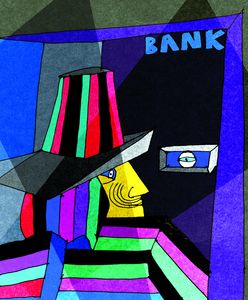 However, the government has been silent as to whether it would still depend on the vetting of senior bankers when they are appointed either as chairman or managing director or executive director of the DFI. The CVC goes through the career files, including anonymous complaints, to check whether there is any lapse of probity or misconduct by the official. Though the government has the final say on appointments, an adverse CVC report makes the official’s chances more difficult. Similarly, the CAG, which reports directly to Parliament, has the right to audit the accounts of ministries and government-owned companies, pointing out irregularities as well as acts of omission and commission.

Supporters of the change argue that government employees, including the prime minister and ministers, are already protected as prior government permission is required before investigation under the Prevention of Corruption Act. The lokpal, which can conduct investigations against every employee, remains moribund eight years after the law was passed by Parliament. The first lokpal has not completed an investigation so far.

Critics say that prior permission for investigation would mean that bad elements in the banking system would have a field day as successive governments delay giving approval, effectively killing the chances of successful prosecution. Since bankers report directly to the finance ministry, there are chances of conflict of interest if the ministry has to sit in judgment over its appointees.

Yet, on the brighter side, it is evident that the government has partially walked the talk on its promise to protect bankers from being harassed, intimidated, shamed and prosecuted for genuine commercial decisions. The investigative agencies that report to the prime minister (CBI), finance minister (ED) and home minister (NIA) would only hope that approvals will come in quick time for them to crack down on offences in the banking sector.