The cleft stick of Emergency

The Supreme Court’s decision to issue notice to the Central government on a writ petition challenging the legality of the internal emergency imposed 45 years ago has drawn interesting comments on social media. The court was sceptical if it should revisit the distant past, but constitutional lawyer Harish Salve persuaded the bench, headed by Justice Sanjay Kaul, to decide after getting the response of the Narendra Modi government. The response of the government, at one level, can be straightforward, as the BJP had opposed the Emergency, its leaders had been imprisoned and Modi as a young man had gone underground. But at another level, the Centre has to decide if it is ready to face the consequences if the petition succeeds.

The petitioner, 94-year-old Veera Sarin, has narrated the traumatic experience she and her husband, H.K. Sarin, a jewel merchant, suffered for three generations due to customs raids and cases of violation of the Foreign Exchange Regulation Act. Their businesses and residences were raided, properties confiscated and valuables seized. Even after the Emergency was lifted in 1977 and the order to detain Sarin under the Conservation of Foreign Exchange and Prevention of Smuggling Activities Act was withdrawn, they had to live abroad, as prosecution continued under the Janata, Congress, United Front, NDA and UPA governments, until the courts dismissed the cases and the Delhi High Court ordered restitution of the family properties. Now Veera Sarin wants a closure by getting her two demands upheld. 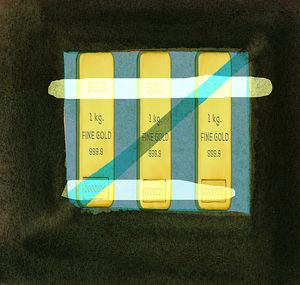 As expected, she has relied extensively on the reports of the omnibus commission of inquiry into the Emergency by J.C. Shah, former chief justice of India, which put former prime minister Indira Gandhi, her son Sanjay, some of her ministers and scores of officials in the dock. Shah held that the declaration of the Emergency itself was illegal as the cabinet did not meet to decide whether the Constitution had broken down. It was a decision of Indira, Sanjay, West Bengal chief minister Siddhartha Shankar Ray and law minister H.R. Gokhale. The cabinet was kept in the dark and president Fakhruddin Ali Ahmed signed the order at midnight.

Sarin says the merchants of Delhi’s Karol Bagh, where her husband had a shop, were targeted because they supported a party opposed to Indira (the implication is the Bharatiya Jana Sangh). In a tightly written petition Sarin has asked for two reliefs—declaration of the Emergency as unconstitutional and a compensation of Rs25 crore from the “concerned authorities as having actively participated in the unconstitutional acts”.

All the leaders indicted by the Shah Commission are no more, the last of them being Pranab Mukherjee, who was minister of state in charge of customs and income tax during the Emergency.

If the Modi government asks the Supreme Court to declare the Emergency as unconstitutional, then there would be a flood of demands for justice by many of the lakhs of activists detained under the Maintenance of Internal Security Act or their families, those who lost their businesses and properties in the beautification drive carried out in Delhi and other cities, and the victims of enforced family planning. Even if the government is politically passionate about denouncing the Emergency, it may suggest a closure to the petition short of accepting liability for the sins of the distant predecessor. Yet the court would have to decide how Veera Sarin can be compensated for her losses of all these years.