How to vaccinate a nation 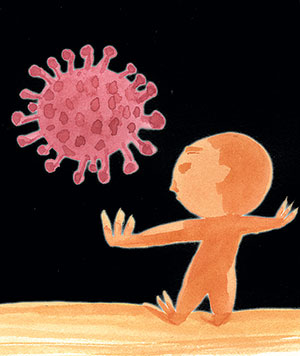 Even as laboratories and pharma companies are announcing varying stages of success in developing a Covid-19 vaccine, an inter-ministerial group in Delhi has carved out a universal vaccination plan. The health ministry and the state governments were the nodal agencies for mega vaccination campaigns in the past. This time in view of the size, scale and timeline of the programme, the government has also brought in other ministries—home, finance, pharmaceuticals, biotechnology, railways, agriculture, consumer affairs, education, civil aviation and even defence—for consultations and input on their expertise.

As the government has promised free vaccination for all, the operation would be much bigger than other countrywide operations like the annual polio vaccination, the census or the general elections. The government wants to get the vaccine administered within 12 to 18 months from the date the drugs controller general of India certifies a Covid-19 candidate vaccine as viable. There is hope that India can be declared free of Covid-19 when the nation celebrates its 75th Independence Day in August 2022. The task becomes even more gigantic in the light of the prime minister’s promise to the international community—that India would not only take care of its citizens, but also help humanity by exporting huge quantities of vaccine produced in India.

Finance Minister Nirmala Sitharaman has assured that there will be no dearth of funds for the programme. The official task force is, however, not in favour of recommending vaccines developed in the west, which could be priced at  300 to  500 per dose. The health and pharmaceuticals ministries are checking whether there are enough drug companies in the country which could conform to the World Health Organisation’s good manufacturing practice code—a prerequisite for being permitted to manufacture the highly sensitive drug.

There are also suggestions on capacity augmentation for RNA-based vaccines for which the manufacturing base is insufficient. The challenge of supplying enough syringes is also being addressed, as the present thinking is that the vaccine has to be administered twice, with a gap of at least three weeks. The temperature at which the vaccine has to be made, transported and stored is also a big challenge as most of the vaccine candidates require cold-storage facilities.

The agriculture ministry has been sounded out on the capacity of cold storages in the country. The transport ministries are being asked whether it would be easier to shepherd the recipients to a single urban centre and administer the vaccine, rather than take the whole operation to every village. There is also hope for availability of a vaccine that would not require refrigeration and can remain effective in normal temperature.

The inter-ministerial group has also worked out the sequence of the population segments that would get vaccinated first. These include health workers, associated Covid-19 warriors in police, sanitation, transportation and connected areas, and all high officials like ministers, judges, MPs, MLAs and bureaucrats. Next in priority would be senior citizens and those having specific health conditions. The group feels the more widespread and penetrative the design of the programme, the faster the entire population would be covered. But the plans would remain on paper, until the specifications of the approved vaccine are known.