Money for the masses

A teaser announcement by the State Bank of India has raised speculation among bankers on whether the Reserve Bank of India and the finance ministry are allowing the “elephant to dance again”, after nearly a decade. In 2011, the banking regulator had frowned on the hugely successful home loans scheme launched by the SBI’s rock star chairman O.P. Bhatt, who took the largest public sector bank to dizzying heights of financial performance.

Now, as the country is faced with the twin crisis of existing borrowers facing repayment burdens and the banks being flush with funds, the banks are asking for innovative solutions. Groups of large borrowers have asked for relief from all kinds of interest. The two government committees, headed by former ICICI Bank chairman K.V. Kamath and the just-retired comptroller and auditor general Rajiv Mehrishi, have been tasked with giving recommendations which would ensure the stability of banks and help borrowers.

The Supreme Court, which is monitoring the demand for total interest relief, has heard from the government that banks can only waive off the interest burden of small borrowers. The economic slowdown has also affected loan off take and the banks are looking at the salaried class to take loans.

Bhatt, who disliked the phrase “teaser loans”, had shaken up the staid world of banking by offering concessional interest rates for housing loans to middle- and lower-income groups in February 2009, soon after the global banking crisis caused by the collapse of American investment firm Lehman Brothers. He said that the bank would charge lower interests for housing loans for the first three years and then allow normal banking rates. The prevailing interest rate was 11 per cent; SBI charged only eight per cent in the first year followed by nine per cent in the second and third years. SBI branches in the country were besieged by loan seekers and Bhatt had the satisfaction of overtaking the country’s largest housing lender, HDFC. 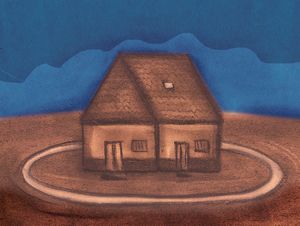 Apart from the lower interest rates, the bank also cut much of the red tape in the process of loan applications; branches were decorated with buntings and customers were welcomed with soft drinks. Soon, there was a scramble among other banks to offer similar schemes. Bhatt told an interviewer that he had made the elephant (SBI) dance.

But, the RBI, under governor D. Subbarao was not amused with Bhatt, who had had many run-ins with the apex bank. Bhatt insisted that his loan scheme should not be compared with the subprime loan pyramids, which had caused the crash of big housing banks in the US, and said he would not use the term “teaser loan” at all. He said the loans were more secure because the middle and lower classes were prompt in repayment and the bank had enough mortgages. But, the RBI feared that once the higher rates were implemented in the fourth year the risks would be unmanageable. Bhatt’s exit from SBI also meant that the RBI could ensure that the concessional interest schemes were phased out by the banks even as Bhatt’s supporters argued that repayment success rates were better for teaser loans.

The real estate sector has been lobbying for concessional loans to boost demand for housing. But, banks have been wary of overreach, as conservative chairpersons focused on the big customers. The Bank of Baroda, into which Dena Bank and Vijaya Bank were merged this year, has offered a 0.25 per cent interest discount for existing and new home and car loan borrowers of the merged banks, as well as the car loans from the mother bank. Other public sector banks are discussing incentivising their home and car loans during the festive season, which would bring a big smile to the face of Bhatt, who had argued strongly for catering to the smaller customers.