Amid his grim preoccupations on domestic and foreign fronts, Narendra Modi released visuals of him taking care of peacocks in his residence in New Delhi. These visuals gave rare glimpses of the softer side of the workaholic prime minister, and brought back memories of president A.P.J. Abdul Kalam attending to an injured peacock at the Rashtrapati Bhavan.

If peacock care has been a ‘light motif’, Modi’s feathers remained unruffled in a more weighty matter relating to the PM-CARES Fund, which has received more than Rs10,000 crore as donations for Covid-19 relief. The Supreme Court has ruled that the fund is not a government initiative and hence need not be statutorily audited by the Comptroller and Auditor General. The court also said the money collected need not go into the National Disaster Response Fund, even though the government has declared the disease a biological and medical disaster. But critics want the fund to be open to public scrutiny, as the money is collected in the name of the prime minister and three top ministers.

The Supreme Court agreed with a government lawyer that the fund has nothing to do with government and that it is a public charitable trust under the Registration Act, whose accounts can be checked by a private auditor. The court accepted the statement that the fund would be used to fight the pandemic and for giving economic relief to those affected. 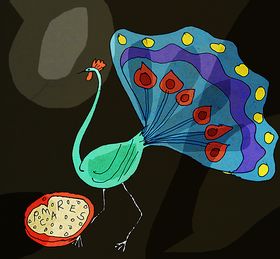 The fund was set up soon after lockdown was imposed and there was a flood of donations from private and public sector companies, their employees, celebrities and ordinary citizens. Besides, there was compulsory deduction of a day’s salary of several categories of government employees.

Though the government claimed in court that it has remained at an arm’s length from the fund, its fingerprints are all over the fund. Like many government schemes, it is named after the prime minister, giving the impression of a government-sponsored initiative. The PMO has aggressively pushed for donations through all ministries, and announced disbursal of Rs3,100 crore, much of it through state governments and district collectors. Funds were given to a group monitored by the government’s chief scientific adviser to develop a vaccine. Finance Minister Nirmala Sitharaman, a fund trustee, gave approval for income tax exemptions for donations and to treat them as part of corporate social responsibility. The other two ex officio trustees are Home Minister Amit Shah and Defence Minister Rajnath Singh. Modi can also appoint three eminent persons from outside the government as trustees.

The PMO has told RTI applicants that the trust is not a “public institution” and has declined to give them information. It is true that the prime minister is free to be chairman of a trust. He heads the Jallianwala Bagh National Memorial Trust, but then it was established by an act of Parliament and gets government funding.

The opposition parties plan to demand a discussion on the fund when Parliament meets soon. The government is likely to use the same arguments it did in the Supreme Court to counter them. But it can disarm them even better by showing Parliament the trust’s account books.

The peacock is magnificent even when it does not display its plumage. Similarly, the PM-CARES Fund will shine as a symbol of caregiving when it becomes a public institution, embellishing the promise of selflessness and accountability made to the nation when Modi first became prime minister six years ago.