The Central and state governments are faced with the difficult decision of unlocking schools and colleges in the country. It is much tougher than deciding on reopening metro train services or cinema theatres or allowing religious, social and political gatherings. While going to cinemas or marriages is optional and occasional, attending schools and colleges is a compulsory and daily activity.

In many western countries, there are demands to reopen schools and some countries have allowed children to return to schools, but in India, states are unwilling to open schools for a variety of reasons. The Central government itself runs thousands of schools, colleges and universities, all of which have far more space per student than schools run by state governments, municipal councils and panchayat bodies.

On the other hand, there is concern about keeping tens of millions of students at home for long periods. Even though online classes are encouraged, their reach is not more than 60 per cent compared with regular classes. There is not enough wireless connectivity in rural and urban slums. Political parties and activist groups have pointed out that children from families with economic and social disadvantages lack access due to affordability and infrastructure reasons.

The hope that there would only be a deferment of three to four months in the 2020-21 academic season seems to be misplaced. The worsening pandemic situation across the country has made administrators more cautious and the plan to restart classes in September has been deferred. Some even want the government to wait till a vaccine is developed and administered to the population. 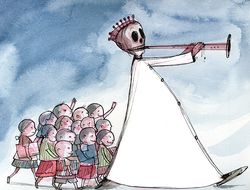 Private school teachers are facing another jeopardy. They are worried about the cascading effects of the long closure of schools, as parents plan to pull out their wards or stop paying fees, which could result in job losses. Parents feel the pressure of children remaining at home, missing competitive learning, sports and extracurricular activities. Obesity and other health issues develop quickly in children who spend more time using computers and watching television.

The Supreme Court has, meanwhile, raised the question whether the country can afford to wait to reopen its educational institutions till a vaccine is ready. The court made the observation while greenlighting entrance examinations for engineering and other professional courses, with strict observance of Covid-19 protocols.

Despite the efforts to spread digital links to villages and slums, a good percentage of the population is either not connected digitally or is constrained by economic handicap. According to one estimate, nearly one crore students are not able to access online classes, and many rural school teachers are not able to connect with their students.

There are touching anecdotes of conscientious teachers going to homes without connectivity to teach children so that they do not miss out on crucial lessons. As education departments across the country try to restart classes with safety measures, the first problem they confront is that of space. Classes with reduced capacity will have to be held in shifts or alternate dates.

The second problem pertains to hygiene as maintenance of toilets and canteens—where they exist—is not up to new requirements. Finally, although children seem to be less affected by Covid-19 than other age groups, regular travel to schools poses a risk. Reopening of educational institutions, therefore, remains a knotty question, as decision-makers wonder whether it is better to be safe than sorry.