As the Covid-19 and migrant crisis grips the country, the ruling parties at the Centre and in the states are becoming very sensitive to criticism by the opposition parties. If the BJP at the Centre complains that the Congress and left parties are weakening the morale of the fight against the twin national crises of health and economy, the ruling Shiv Sena in Maharashtra is attacking the BJP for the same reasons.

Congress leader Rahul Gandhi and CPI(M) general secretary Sitaram Yechury have been caustic in their remarks about how the Union government has handled the pandemic. The Shiromani Akali Dal, which is part of the National Democratic Alliance, has flayed the Congress government in Punjab. The Congress, which invited left parties for an opposition conclave in Delhi, has been lambasting the Left Democratic Front government in Kerala. In West Bengal, it is the ruling party at the Centre versus the state ruler—Chief Minister Mamata Banerjee complains she is being targeted particularly by the Centre, while the BJP alleges that her Covid management is poor. Interestingly, in Uttar Pradesh, the Bahujan Samaj Party is keener on attacking a fellow opposition party, the Congress, than the Yogi Adityanath government. 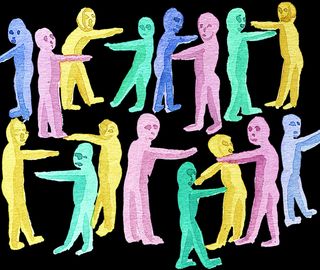 The ruling parties insist that the claims of mismanagement, for example, of the migrant crisis are a direct attack on frontline workers like the railway workers. But the critics argue that the railway workers were ready to move migrants from day one of the national lockdown, but the rail links were shut by an order of the political executive. Ministers and leaders of ruling parties of all colours and ideologies argue that it is the duty of the opposition to cooperate during a national or state crisis, rather than criticise. This is not the first time that ruling parties are taking exception to opposition criticism. When United Progressive Alliance ruled at the Centre, Modi, who was chief minister of Gujarat, was accused of playing politics during the 2008 terror attack in Mumbai and the 2013 floods in Uttarakhand.Though the parties in power argue that there is a broad convention that the opposition does not criticise the government in critical times, the same parties, while in opposition, do not consider it an ironclad rule. Normally during tense military confrontations, the Congress and the BJP say that as the government has all the information, it should take the decisions. But this principle has been honoured more in the breach than in the observance during both UPA and NDA regimes.

Another convention is that the prime minister should not be criticised when he is out of the country, but this old British precedent has been abandoned. While Manmohan Singh was criticised by the BJP for his discussions with Pakistan, Modi, too, came under criticism for his impromptu visit to Lahore to meet Pakistan prime minister Nawaz Sharif. Suave prime ministers like A.B. Vajpayee and P.V. Narasimha Rao used to brief the opposition leaders much more intensively than Modi and Manmohan Singh. After the national lockdown, Modi held an all-party meeting via videoconference. Several chief ministers also held all-party meetings. But the coronavirus has not stilled the political noise. The clamour has only grown day by day, as in most other democracies around the world.