The final two tranches of Union Finance Minister Nirmala Sitharaman’s announcements on public sector irked the Bharatiya Mazdoor Sangh, the country’s largest trade union—which is part of the sangh parivar—as they would throw unionised workers at the mercy of private sector wolves. But the decision to restrict the role of government companies in the most sensitive sectors is a vindication of the ruling party’s economic pledge since the Jana Sangh days. Indira Gandhi had used the nationalisation weapon in 1969-1977 period to punish industrialists who were against her. She had nationalised the entire coal industry which was backing her opponents, and, 47 years later, the industry will welcome private players.

Prime Minister Narendra Modi grew up in the inner circles of the BJP hearing the fierce opposition of its stalwarts, led by A. B. Vajpayee, to the ills of nationalisation. He was part of manifesto drafting committees which criticised “inefficient state capitalism... promoted at the cost of our entrepreneurial class”. These words were in the 1998 manifesto which helped the party win enough votes to form a viable government, and immediately Vajpayee pushed for disinvestment. 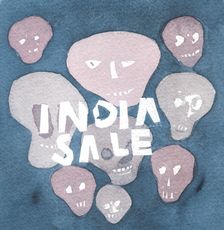 In fact, industries minister Sikander Bhakt threw a tantrum as the prime minister directly ordered dilution of government shares in Maruti Udyog, a public sector company created by Indira Gandhi in 1981. In 2002, Vajpayee received a cheque from the Japanese partner Suzuki when they gained full control; by 2006, the government did not want a single share in India’s most profitable carmaker.

The Jana Sangh’s economic philosophy was shaped by its leaders, a group of right-leaning businessmen led by Viren J. Shah, and economy writers led by Jay Dubashi. Though Vajpayee could sell half a dozen public sector companies, he could not go the whole hog due to resistance from its regional allies. But disinvestment became part of political vocabulary in UPA period also. Now there are 120 major public sector enterprises of which two dozen companies generate profits of Rs10,000 crore each.

Modi had been cautious in the first term on privatisation, preferring to merge banks and petroleum companies, as well as sell minority stakes. Lack of majority in Rajya Sabha is a handicap for him as many of the reforms as part of Covid-19 stimulus package need approval from both houses of Parliament. However, the success of pushing through changes in Kashmir through the Rajya Sabha has given him confidence. Now, strategic sectors like space and atomic energy will be opened up, while the government will have a policy on public sector, restricting number of public enterprises in different sectors to four. As there are more government companies in the profitable areas of banking, petroleum, power and mining, either the companies would get merged or sold, along with 19 identified loss-making companies.

The Congress and left parties are saying the second wave of reforms would help cronies of the BJP in a big way. Interestingly, through the 1970s to late 1990s, the Jana Sangh and the BJP leaders had accused the Congress of using nationalisation and other economic policies to grow a breed of crony capitalists.

Apparently, trade unions across the political spectrum are planning protests as the new reform is threatening their unionised bases in public sector enterprises. Apart from ideological commitments, Modi is confident that he can score other goals by shrinking the public sector. It would bring more revenue to government through licences, royalties and revenue sharing; improve India’s ranking in the World Bank’s global index of ease-of-doing business; and distract from miseries of the pandemic-induced lockdown.