Even though the budget session of the new Parliament is getting extended by at least a week, the Narendra Modi government is not in a hurry to elect a deputy speaker of Lok Sabha. The post has normally gone to an opposition member, but Modi, in his previous term, had decided not to offer the post to the Congress, which was the largest opposition group. Instead, the prestigious post went to M. Thambidurai, leader of the AIADMK group, which was second largest. BJP spokespersons had argued that convention was to offer the post to an opposition party, and that the Congress lacked the numbers to be officially recognised as the opposition party by the Lok Sabha speaker. Since the BJP was wooing the AIADMK for support in the Rajya Sabha, Thambidurai was considered part of the “friendly” opposition. Interestingly, in this year’s election, the AIADMK joined the BJP-led National Democratic Alliance, but was reduced from 37 MPs to a single member. Even Thambidurai lost. 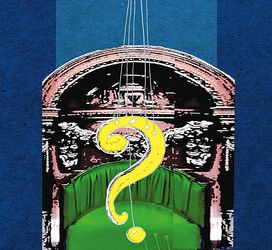 The convention of offering the deputy speakership to the opposition—practised in European countries—came into vogue first in 1977, when Janata Party prime minister Morarji Desai gave it to the Congress, which chose G. Murahari. In seven new Lok Sabhas from 1989 to 2009, the practice was followed by prime ministers V.P. Singh, P.V. Narasimha Rao, H.D. Deve Gowda, Atal Bihari Vajpayee and Manmohan Singh.

In 2014, the Congress made a major issue of its leader in the Lok Sabha, Mallikarjun Kharge, being denied the leader of the opposition status by speaker Sumitra Mahajan, and protested the deputy speakership being given to the AIADMK. But now, the Congress does not have high expectations as Speaker Om Birla has not given recognition to Congress group leader Adhir Ranjan Chowdhury as leader of the opposition. The speculation swirling in parliamentary circles is that the BJP is looking at picking the deputy speaker from regional parties that have ten or more members in the new Lok Sabha. These parties are the YSR Congress and the Biju Janata Dal, which have no animus towards the BJP.

Andhra Pradesh Chief Minister Jagan Mohan Reddy is hoping for a better deal for his state from the Modi government than what his predecessor Chandrababu Naidu got. Similarly, Odisha Chief Minister Naveen Patnaik, after a bitter fight with the BJP in the Lok Sabha and assembly elections, has spoken of constructive cooperation with the Central government for his state’s development. The favourite among Lok Sabha members is BJD veteran Bhartruhari Mahtab, a senior parliamentarian who has been active in the house and in parliamentary committees.

Indications are that the government may keep the deputy speaker’s chair vacant till the winter session is summoned by the president in November. In 2014, too, Thambidurai was elected only in August, during the second session of the new Lok Sabha. All eyes will now be on Modi as he would not only decide the candidate, but also the message that would be sent out by the selection.