The plight of celebrities who become MPs is sometimes pitiable. They get more attention, especially when a celebrity from movies or sports is parachuted into a constituency that he or she does not know. After the thrill of the election campaign comes the hard reality of serving a thickly populated constituency with its myriad problems.

Bollywood action hero Sunny Deol, who won on a BJP ticket from Gurdaspur, Punjab, has now realised the rigour needed for the next five years. Deol, whose acting work is in distant Mumbai, has made two unpopular decisions. He will visit his constituency once a month, and has appointed a full-time representative to take care of the needs of the constituents and liaise with the bureaucracy. Yesteryear hero Vinod Khanna, a three-time winner from Gurdaspur, had nursed the constituency with regular visits. 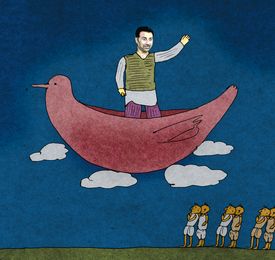 Unlike Khanna, who went on to become a junior minister, Deol does not want to have a big establishment even in Delhi. Professionals in politics who want to continue with their jobs often find the demands of work, constituency and Parliament taxing, especially when they have to function from three locations. Lawyers and businessmen manage the workload more carefully, as they are better prepared for political work, unlike stars who are asked to jump into the fray at the last minute. Deol’s entry into the BJP and the filing of his nomination happened in a jiffy, as the BJP realised that only a celebrity could defeat sitting MP and Punjab Congress president Sunil Jakhar.

Gurpreet Singh Palheri, a scriptwriter who is Deol’s full-time representative, is thrilled. Incidentally, Palheri himself lives in Mohali, 210km from Gurdaspur, and may have to become a resident to represent a nonresident MP. Deol’s supporters argue that even big leaders like Indira Gandhi, Sonia Gandhi, Rahul Gandhi, A.B. Vajpayee and L.K. Advani did not reside in their constituencies. While the Central and state governments have specific rules on the role of MPs, and the protocol to be accorded to them, there is hardly any provision for an authorised proxy. In the US, members of Congress can authorise their aides even to convey their votes. In India, the MP has to be present. Only the MP can sign authorisation letters to the district collector for release of funds for local area development. But in case of ministers and the prime minister, constituency work is handled by a representative.

Vajpayee’s Lucknow representative, Shiv Kumar, had a big office in the constituency and in the prime minister’s residence. Similarly, the team handling Varanasi for Prime Minister Narendra Modi has the ears of the state and Central administrations. But Deol is not a minister and the state government is controlled by the Congress, which does not want to cooperate with the new MP. Interestingly Deol’s father, actor Dharmendra, had similar issues when he represented Bikaner, Rajasthan, for the BJP. He was not a regular to the constituency, and his opponents had put up “MP is missing” posters. Another star Govinda, though elected from his home city of Mumbai, where he worked, found the pressures of politics too much and opted out of a second term. So did Paresh Rawal, who represented Ahmedabad for one term. Even Rajya Sabha MPs from movies and sports like Lata Mangeshkar, Sachin Tendulkar and Mary Kom found it difficult to regularly attend Parliament, due to their commitments. But Deol’s political journey is a work in progress and he may still find it better to represent Gurdaspur, than have a representative there!