The celebrations that flagged off the 75th year of independence were unlike the ones in other years. There was a sense of responsibility, with each of us being acutely aware of the challenges that confront our country.

While it is easy to look down that path, one must not forget the glorious journey our nation has treaded in the past 75 years. Our achievements have been nothing short of miraculous. From ensuring access to electricity to every village, to reaching Mars, to developing indigenous vaccines, to eradicating diseases, to becoming a pioneer in the FinTech revolution through Unified Payments Interface, development has touched every citizen.

At the time of independence, epitaphs for Indian democracy were written by Anglophile commentators. They imagined that it was impossible for a democracy to sustain itself in a newly formed country brimming with such unimaginable diversity. We have not just “sustained” democracy, but have also embraced, nurtured and developed it. It is for this reason that there is perhaps no other parallel to this story of our country.

Concurrently, we face challenges that are signs of changing times. With globalisation, almost all issues have global ramifications. Our country and the world are confronting issues like climate change, disaster resilience, adapting to newer technologies at a faster pace, and challenges in cyber-security, energy security and bio-security. 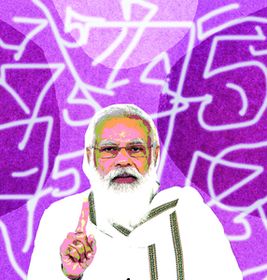 Atmanirbhar Bharat is an umbrella term to describe our strategy to tackle such new-age challenges. It means self-reliance, which will eventually lead to a self-confident country, capable of helping herself and other countries along the way.

The various ways by which our country has set forth to achieve atmanirbharta are through the string of schemes announced by our government since last year. These include the production-linked incentive scheme for manufacturing an array of goods of strategic importance, new hydrogen mission, diversion of surplus sugar for manufacture of ethanol for our energy security, the multiple measures being taken for indigenisation of defence equipment (INS Vikrant is an example), the newly announced mission on oilseeds for attaining food security and geo-spatial reforms.

Antiquated ways and laws are making way for next generation reforms. The new education policy is a testimony to this. The current education system, developed when India was not independent, does not deserve to be preserved. Our next generation must be equipped to face challenges. Various laws are also being simplified and revamped, such as the Limited Liability Partnership Act, to unshackle the entrepreneurial spirits of our country. This year has already produced a record 23 unicorns.

As we enter the next quarter, each of us must be aware of our responsibilities. Prime Minister Narendra Modi added a very important term to a phrase that has become synonymous to our governance—Sabka Saath, Sabka Vikas. By adding ‘sabka prayas’, he has given each of us the responsibility to get into the driver’s seat and drive our country ahead. Today, world over, there is a debate on capitalism verses socialism; our country is looking towards cooperativism. We believe in empowerment and growth of all.

It is only when every single citizen is truly empowered and contributes to the success story of our country, that we can realise the dream of Rabindranath Tagore—Where the heart is without fear and where heads are held high; into that heaven of freedom, the country shall awake.