No city can survive by smothering its municipalities. The Delhi government owes approximately Rs13,000 crore to the Municipal Corporation of Delhi. This amount is required to pay salaries of MCD employees, including health care workers who are called corona warriors for tirelessly working during the pandemic. Delhi was one of the worst hit states. Doctors, nurses and other group IV employees under MCD departments were working overtime during the lockdown. But none of them have been paid their salaries, for months, now.

The Delhi High Court had directed the Delhi government to clear all dues of MCD employees before Diwali 2020. However, the Arvind Kejriwal government has been repeatedly ignoring the court’s directions and playing blame-game with the Central government. It is its trademark move to shift focus from its responsibilities.

The issue of late payment or non-payment of salaries to MCD employees is not new. On April 16, 2018, the High Court had told the Delhi government to disburse the amounts with effect from November 1, 2017, and not make it an “ego issue”. It had observed that despite having the funds, the government did not appear willing to implement the recommendations of the 4th Delhi Finance Commission (DFC ), under which the civic bodies had been allocated more funds than they were receiving at the time.

On May 21, 2018, when the Delhi government sought a review of the court’s decision, the bench did not stay the order, and asked the state to pay within one month the amounts to East Delhi Municipal Corporation and North DMC. 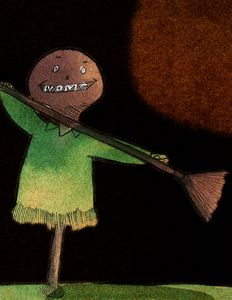 When an organisation is unable to pay salaries to its employees, it signals doomsday. The MCD has been brought to this situation because of constant interference of the Kejriwal government and non-cooperation in collection of taxes.

The fourth DFC recommended that around Rs600 crore shall be granted to NDMC and around Rs400 crore to East DMC for civic facilities. The Delhi government stated that these dues were paid but the picture is still not clear. As per the fifth DFC, the government accepted that 12.5 per cent of its total tax collection would be diverted to Delhi’s five civic bodies. This new format was to be implemented with effect from April 1, 2016. This meant that the employees would get arrears as well. However, the government has not paid its dues of even the fourth DFC since November 1, 2017, let alone arrears of the fifth DFC. This is the amount that is rightfully being demanded by the BJP members, who are now protesting outside Kejriwal’s residence.

We have seen Kejriwal urging the Central government to give him control of Delhi Police to prevent crime in the city. But, ironically, he is unable even to care for state subjects that are in his hands through municipal departments. Even though the BJP has majority in the MCD, it is the state government’s duty to ensure proper funding to civic bodies. The ill-intended disownment of the MCD for political gain has affected employees, pensioners and their families the most.