Delay by e-commerce websites to comply with the government’s order to label the country of origin on all products will discourage the idea of self-reliant India.

After the Chinese incursion in Ladakh, renowned engineer Sonam Wangchuk called for a national ban on made-in-China products. His appeal grew into a national sentiment, and news of boycott of Chinese products started pouring in from all parts of the country. A number of Chinese-owned mobile applications like TikTok and PubG were banned in India. 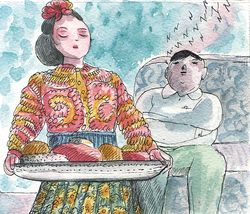 Hundreds of thousands of products manufactured in China are sold in India, earning huge profits. The import of many products is dubious. Products sold through e-commerce retailers like Amazon, Flipkart and Snapdeal do not mention the country of origin. Omission of the truth is a lie. Country of origin refers to the place of manufacture, not the country from which it is shipped to India. For example, if a Chinese product reaches India through Nepal or Singapore, it should still mention China as the country of origin. This would let buyers make an informed decision.

The e-commerce companies were given time till July to comply with the order. Initially, the government was keen to make it mandatory from August 1, but online retailers pushed back, saying the deadline may not be feasible. They submitted that they needed eight to nine months to complete this task. The companies are also demanding a clarification on how to mark products whose parts are separately produced in one or multiple countries and are assembled in another. This looks like another delaying tactic, as directions are clear in the Legal Metrology (Packaged Commodities) Rules, 2011 or the Packaging Rules.

It is felt that there is pressure from Chinese companies to delay the implementation of the order. Especially in view of the sales during the Hindu festive season. A Chinese social media giant investing $6.2 million in Flipkart right before the festive season has fanned the flames. Amazon also sources much of its products from China at highly competitive prices and its junk-influx of plastic products is pre-eminent.

The revised deadline to comply with the order was September 30, but the e-tailers in turn passed the plate to individual sellers, complicating the matter even more. Marking some products with “origin not known” could have allowed consumers to identify Chinese products, but the intent seems to be lacking. The government has requested the court to issue a directive to e-commerce companies to provide an option to refine search results for “made in India” products, but that too is yet to see the light of day.

Marking country of origin is not a fresh idea that sprang up after the India-China stand-off. The Packaging Rules regulate pre-packed commodities in India and mandate labelling requirements prior to the sale of such commodities. On June 29, 2017, the government approved certain amendments to the Packaging Rules to be effective from October 1, 2018. The key provisions clearly included declaration of country of origin, along with MRP and best before date. E-commerce websites are under the purview of the Packaging Rules along with the (Indian) Information Technology Act, 2000. So, a demand of eight to nine months now holds no water.

The e-commerce world is large and uncontrollable, and the government is proactive to tighten the noose around them so that the consumers can make smart choices and are not lured into saving a few bucks at the cost of national security.