India is one of the few countries that have brought out policies in alignment with the sustainable development goals (SDGs) adopted by the United Nations in 2015.

The National Education Policy, 2020, (NEP) is yet another historic step towards realising the SDGs. The NEP has been carefully crafted to give our children the best of both worlds: the rich heritage of ancient and eternal Indian knowledge, and the modern ideology of providing freedom to choose. The pursuit of knowledge (jnan), wisdom (pragyaa) and truth (satya) is overtly visible in the policy.

The NEP lays emphasis on the development of the creative potential of each individual. It is based on the principle that education must develop not only cognitive capacities—both the foundational capacities of literacy and numeracy and higher-order cognitive capacities, such as critical thinking and problem solving—but also social, ethical, and emotional capacities and dispositions. With the quickly changing employment landscape and global ecosystem, it is becoming increasingly critical that children not only learn, but more importantly learn how to learn.

The education system of India needed overhauling for long. We were following a 10+2 scheme of education, which will now be replaced by a pedagogical 5+3+3+4 system. Currently, children in the age group of three to six are not covered in the 10+2 structure as class one begins at age six. In the new 5+3+3+4 structure, a strong base of Early Childhood Care and Education (ECCE) from age three is also included, which is aimed at promoting overall learning, development and well-being. 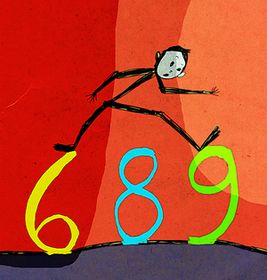 The policy also honours native Indian languages and promotes teaching in mother tongue/regional languages up to class five to ease society’s fixation with English as a medium of education, and often as a measure of competence.

The best feature of the policy is abolition of the stream system which forces children to study a pre-fixed set of subjects at the plus two-level by choosing either science, commerce or humanities with marks earned through mug-and-puke methodology. The glamorisation of the sciences as a stream and the hierarchical nature of the streams belittled other sets of qualities. This policy is a step ahead to place all subjects in horizontal boxes, rather than vertical, where no subject is superior to another. The NEP will also give freedom to choose individual subjects, say physics with geography, or accountancy with chemistry, at the +4-level to create a unique skill set for each individual. This will not only ease the pressure on students to prove their worth by taking up science at plus two-level but also thrash the rampant system of demanding cash by schools to grant science stream to students with low scores in their high school examination.

The NEP has been launched with a goal to improve learning competence of individuals. The NEP envisions a significant increase in public investment in education by both the Central and state governments. The proposal that the Centre and the states should work together to increase the public investment in education sector to 6 per cent of GDP at the earliest is unique in its own right. This will prove to be extremely critical for achieving high quality and equitable public education system that is truly needed for India’s future economic, social, cultural, intellectual and technological progress and growth.