The Union government is eyeing the positive growth in the agricultural sector to revive the Covid-19-battered economy. The agricultural sector accounts for almost 16.5 per cent of our GDP. Farmers, as a community, have kept the agricultural engine running. They have quietly harvested wheat, the main rabi crop, in north and central India, and even managed to notch up early kharif planting, topping last year’s figures. This can also be owed to the fact that the government had exempted farmers from the lockdown.

The year 2019-2020 saw India’s agricultural sector grow by 11.3 per cent. According to NITI Aayog, this is the first time since 1980-1981, when farm sector growth has exceeded that of non-farm by such a wide margin. That farming activity has been relatively unaffected is also captured by the fact that retail fertiliser sales rose 45 per cent year-on-year in April.

In the 2020 Union budget, the Union finance minister had said that steps would be taken to replicate zero-budget farming—that promotes use of locally available cow dung, cow urine, pulse flour and jaggery instead of chemical fertilisers and pesticides—in all of India, taking cue from a few states that practice it. Union government has also introduced appropriate new laws or amended old ones to firmly integrate farm markets across the country.

We are moving towards stepping up our game to increase the export of agricultural produce as well as aquaculture to a level where we compete with global players like the United States, the Netherlands and China. We have the resources, but the major issue with Indian agricultural market is that it is fragmented. Every state has its own laws when it comes to sales of produce. The Narendra Modi government is trying to facilitate better coordination between states. Our farmers and supply chains are reorganising themselves to address a global market under the aegis of the Agriculture Export Policy, 2018. Commodity-specific administration bodies can be set up; promotion of agriculture clusters as well as contract farming will boost exports. Demand for basic agricultural produce in domestic market—arising from Covid-19-induced closure of lakhs of eateries—has decreased, and will not rise to pre-Covid-19 levels for at least a year. The extra produce can be exported. 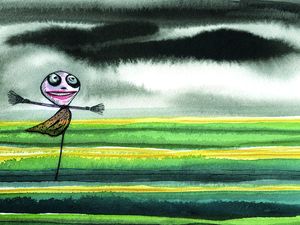 The different government agencies need to work in a coordinated manner to improve the quality of the entire food supply chain. While reforms in Agriculture and Produce Market Committee and contract farming may address long-standing concerns about farmers getting fair prices, a systematic initiative to address the logistics issues will make our agricultural exports hassle-free and more competitive. Developing the right kind of sea protocol for perishables is crucial to increasing exports. Better coordination between exporters and government bodies is required. Agencies like the Agricultural and Processed Food Products Export Development Authority and the Marine Products Exports Development Authority, which pursue market access request for India’s agricultural and aquaculture products, should be better-equipped.

We need an aggressive approach in promoting Indian produce like basmati rice, ethnic and organic foods, herbs, millets and bamboo products to grab a larger market share in countries where these products have large demand.

India has primarily been identified as an agricultural country. It is no wonder that in a pandemic-hit period, our roots will support to push the economy forward.