The 40-day lockdown to contain the spread of Covid-19 has led to a sudden increase in expenses and a drop in revenue for the state. Even though we cannot stress enough the necessity of this lockdown, it does come at the cost of economic difficulties. The virus has affected the entire spectrum of the economy. Manufacturing units are shut, the share market is plummeting, demand for non-essentials is close to zero and traders, especially small ones, are fighting for their existence.

The Reserve Bank of India has come up with liquidity-boosting measures to cushion the blow on the economy. RBI governor Shaktikanta Das vowed to do “whatever it takes” to sail through this crisis. The central bank has cut the reverse repo rate under the liquidity assessment facility (LAF) by 25 basis points to 3.75 per cent. This is a further reduction from the 4 per cent reverse repo rate announced on March 27. This will discourage commercial banks from parking cash with the RBI and increase lending capacity, thus, increasing liquidity in the market. Changes in the repo rate, however, are not suggested since the inflation is anticipated to be lower in the following months.

Another major announcement was that of conducting a second round of targeted long-term repo operations (TLTRO) for an initial amount of Rs50,000 crore. The move is expected to help refinance non-banking financial companies and micro finance institutions to maintain healthy cash flow to the small and medium enterprises. The earlier TLTRO scheme mostly catered to public sector units and large corporations. Funds provided by NBFCs to real estate companies will be given similar benefits as of the scheduled commercial banks. This means that the date of commercial commencement of operations of real estate projects can be deferred for one year for reasons outside their control. 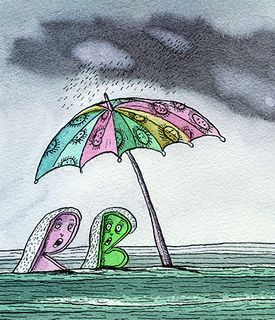 Also, Rs50,000 crore has been released to NABARD, SIDBI and NHB to enable them to meet sectoral needs. This again will help in refinancing the regional rural and co-operative banks. These banks cater directly to agricultural labourers and other daily wagers who are currently in dire need of financial assistance. The government is expected to continue this cash flow for the foreseeable future.

The RBI has increased the limit for short-term credit under the Ways and Means Advances (WMA) for the April-September period. The WMA limit for the Central government has been raised to 02 lakh crore from an earlier revised Rs1.2 lakh crore. The limit of Rs2 lakh crore is the highest ever and a sharp jump compared with the Rs75,000 crore limit in the same period last year. WMAs are a temporary loan facility provided to the Central and state governments to enable them to meet temporary mismatches between revenue and expenditure. The Centre released Rs17,000 crore to procure PPE kits and other medical equipment. The Centre and states are in critical need of funds that can be accessed quickly, and WMAs will prove to be quite resourceful.

The RBI has also put restrictions on dividend payouts for the fourth quarter of the 2019-20 financial year by scheduled commercial banks. This will again increase liquidity. Stressed asset resolution timeline has been extended by 90 days, which will provide time and breathing space to lenders and borrowers.

The world economy is experiencing a contraction due to Covid-19. However, the International Monetary Fund has projected a growth of 1.9 per cent in India’s GDP, the highest among the G20 nations. With these well-planned measures by the RBI and a fiscal boost expected by the finance ministry, the Indian economy is in safe hands even in these testing times.