Delhi is a small city with respect to area. However, since it is a national capital and offers opportunities, people come here for livelihood, education and medical treatment. The city also offers seasonal employment to semi-skilled and unskilled workers. Hence, the prospect of livelihood increased Delhi’s population and the settlement of people in slums and unauthorised colonies (UACs).

The recent National Capital Territory of Delhi (Recognition of Property Rights of Residents in Unauthorised Colonies) Act, 2019, upholds the rights of people who have spent all their life in depravation. It will confer ownership rights on 40 lakh people. Inclusiveness is the essence of public policy, and inclusion of a disadvantaged section of the society in the city-building exercise by counting them among citizens is a start. 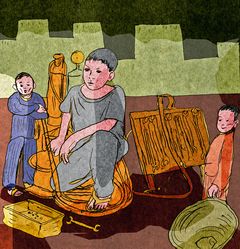 According to a policy brief document prepared by the Centre for Policy Research: “UACs are residential settlements built in contravention of zoning regulations, developed either in violation of Delhi’s master plans or on ‘illegally’ subdivided agricultural land.”

They exist in Delhi because post partition, the northwestern part of India experienced the settling of people from Pakistan (now Indians), especially around Delhi. The refugees initially settled in camps with no resources, then eventually settled in these colonies.

About 92 per cent of those who migrated to these colonies had moved in before 1990. The literacy levels are very disturbing, with only 45.9 per cent having completed higher secondary education. The monthly family income during the time of the study ranged from Rs2,000 to Rs9,000. Only 13.9 per cent could earn more than Rs8,000. What is heart wrenching is that children also have to earn to sustain the family: 69.3 per cent of the children are made to work.

As per a paper titled ‘Regularising Unauthorised Colonies in Delhi, 2014’ by the Centre for Policy Research: “The first few waves of regularisation happened in the 1970s and early 1980s. In 1993, when the Government of National Capital Territory of Delhi (GNCTD) was looking to regularise 1,071 colonies, an NGO called Common Cause Society approached the Delhi High Court to question the manner in which regularisation had been undertaken. In response, the court restrained the government from regularising any more UACs in Delhi.... In 2007, the government finally put guidelines before the court. [In 2008,] the government resumed its call for applications from UACs seeking regularisation. In response, 1,639 colonies filed applications, and in September, 2012, the GNCTD announced that it had regularised 895 UACs.”

Anna Zimmer wrote in her paper ‘Enumerating the Semi-Visible: The Politics of Regularising Delhi’s Unauthorised Colonies’: “Where land is not classified as residential according to the master plan, land prices are much more accessible. This is the situation where UACs have developed. In the investigated case, prices were less than 10 per cent of those for plots in adjacent authorised colonies.... New owners are in fact only leasing their land, house or flat.”

With the implementation of this act, hopefully the Delhi government’s baseless rant on the issue will be put to an end.