A chimera of an alliance

The recent byelection results have drawn a lot of attention in the national media. The gaps in our performance have been overhyped, and some analysts have gone over-the-top in reading into it a doom for the BJP in 2019.

In the bypolls held in May, the BJP won one of four Lok Sabha seats and one of ten assembly seats. The outcome fell short of our expectations, but there are silver linings that tell a different story to those who are prepared to read beyond the headlines.

It all started in March with the contest in Gorakhpur and Phulpur Lok Sabha constituencies in Uttar Pradesh, where the Samajwadi Party and the Bahujan Samaj Party decided to put up a united front against the BJP. The gambit worked, and both the seats went to SP candidates. Buoyed by the outcome, the opposition roped in the Rashtriya Lok Dal for the Kairana Lok Sabha seat. And, the sensitive seat went to the RLD, supported by the SP and the BSP.

The opposition takes it as a huge victory, and finds in it a formula to beat Modi in 2019. However, such conclusions are not only naive but also based on half-truths, untested conditions and rudimentary analysis.

First, these elections were bypolls, which operate under different dynamics than that of general elections—bypolls are contested with local sentiments in mind than with larger perspectives to form the national government or to choose a prime minister. What gives credence to this theory is that while the BJP lost most bypolls since 2014, it won a majority of successive state elections. 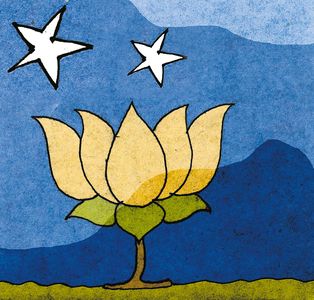 Second, the BJP’s support base is largely intact as its candidates have polled more or less the same percentage of votes as earlier. The Noorpur assembly bypoll result shows that while the BJP lost to the SP, it increased its voting percentage as well as its votes in absolute numbers. This means that all the projected anti-BJP votes aren’t transferring to the opposition.

Third, the bypoll results also indicate that BJP supporters aren’t turning out in larger numbers to give it a winning edge. Kairana, which had a 73 per cent turnout in 2014, saw just 58 per cent turnout this May. My experience says that when people want to punish a party or government, they come out in large numbers to vote against it. Therefore, most of those who weren’t happy with the BJP turned out in large numbers in these bypolls, whereas the supporters, seeing no threat to the government, didn’t. However, in 2019, when BJP supporters would find such a threat, they would throng the booths. It is estimated that if a counter-consolidation of votes to the tune of 4-5 per cent happened in the BJP’s favour, whether under its development agenda or Hindutva sentiment or owing to sympathy for Modi, the tables would be turned on the opposition.

Fourth, the bypolls have been a limited-reach warfare, where mutually suspicious and antagonistic parties came together to test their strategy under revenge politics. But, when it comes to replicating the strategy on a pan-India level, these opportunistic groupings will find it difficult to reconcile their contradictions. For instance, it is not clear whether Mayawati, with zero seats in Lok Sabha, would play second fiddle to Akhilesh Yadav, who commands more seats in Uttar Pradesh. Or, whether he would give more than 15 seats to the BSP or 10 seats to the Congress. Further, I don’t think the opposition, with its unfathomable mistrust towards one another, would ever reach a consensus on the choice of PM. A credible PM face, inclusive growth and a robust track record of development will keep the BJP in good stead.

A joke goes that the unholy alliance would fail to grab power in Delhi the same way the ludicrous kings of the Ramayan who came together to lift the divine bow during Sita’s swayamvar failed. True to the legend of Ram, leaders with corrupt intentions and zero credibility can’t ever make it to the throne. Thus, the formula to defeat Modi is nothing but a self-deluding chimera constructed by opportunistic opposition leaders to comfort themselves in view of an imminent defeat in 2019.

Lekhi is a member of Parliament.