Congress dilemma: Press on with secularism or appease Hindutivists?

The Congress has often—and justly—been criticised for waffling on ideological issues. Yet, when Rahul Gandhi takes a firm stand, there is no lack of those who criticise his bluntness. The rift valley in Indian politics is between those who believe that India belongs to all Indians equally and those who privilege the dominant religious majority.

Our electoral system has over the last eight years passed the banner to those who wish to make India a Hindu Raj. The fact, however, is that while four-fifths of Indians subscribe to some version of Hinduism as a personal religion, only a third of Indians have voted for the BJP. Yet, our electoral system has granted two-thirds of the seats to those who have triumphed in only one-third of the nation’s votes. This has resulted in the skewed position of most of India’s peninsular and peripheral states voting for non-denominational parties while the heartland votes the other way. This has fostered the most divisive politics in modern India’s history. It is why Rahul Gandhi is undertaking his Bharat Jodo Yatra. The country needs uniting, not dividing.

It is in this context that Rahul’s raising the question of Vinayak Savarkar, the ideological father of hindutva, needs to be viewed. Were ideological waffling to continue, Rahul would be best advised to ignore Savarkar. If, on the other hand, ideological clarity is the need of the hour, then the yatra is designed to highlight the gaping void between the vision of India espoused by Savarkar and the idea of India that inspired the freedom movement and nation-building till eight years ago. 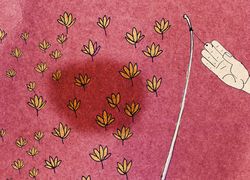 For almost exactly a century, the Savarkar view, first articulated publicly in 1923, has been that only Hindus are Indians and only if the non-Hindus accept this proposition that they qualify for the right to live in this land. Savarkar was explicit. There were two nations in India—a Hindu nation and a Muslim nation—and as the overwhelmingly larger nation was ‘Hindu’, a genuine India had to be a Hindu nation. Jinnah eventually agreed. I stress “eventually” because from the initial espousal of the two-nation theory in the 1890s through the elaboration of this theory in Savarkar’s works through the 1920s and 1930s Jinnah remained, at least till 1927, the “ambassador of Hindu-Muslim unity”. It was only in 1940 that he emerged as the champion of a separate homeland for the “Muslim nation”, as much a fiction as Savarkar’s “Hindu nation”, for although there was a Muslim majority in the north-west and East Bengal, the Muslim community permeated the Hindu-majority areas. Inevitably, therefore, more than a third of the subcontinent’s Muslims fell out of the Muslim-majority areas. The principal ideological question at Partition was whether India should follow Pakistan in becoming a religion-based state. Savarkar’s answer was yes. The Congress led by the Mahatma said, no. All Indians are Indians.

Gandhiji won us our freedom by emphasising that the ends never justify the means. For ends to be pure, means must also be pure. And by eschewing opportunism and sticking to ideological principles irrespective of the passing political compulsions of the moment, we won. Rahul’s remarks on Savarkar are part of this ideological belief and value system. If waffling on secularism has cost the Congress dear, Rahul has shown that it is not by becoming hindutva’s B-team but by standing up for its core beliefs that the Congress will partner the non-denominational parties to challenge the forces of hindutva.

We must remain ideologically consistent if in 2024 we are to unite the two-thirds of the electorate who, even at the peak of the BJP’s election winning streak, flinched from supporting the BJP’s ideology.