Military was guilty in 1962. Why only blame Nehru?

Army did not have the training or experience of higher command

On October 20, 1962, the Chinese launched a pre-emptive counterattack to the threat held out to them by the Indian prime minister eight days earlier that he had ordered the Army to “throw the Chinese out” of the Thagla Ridge. Within a month, they had conquered all of NEFA; then, as their troops stood poised on the edge of the Brahmaputra Valley, the Chinese suddenly undertook a unilateral withdrawal from the territories they had conquered, including even Tawang.

Who was responsible for this humiliating disaster? Prime minister Jawaharlal Nehru and defence minister V.K. Krishna Menon have been flayed for mistaken political assessments that led to the catastrophe. Air Vice Marshal (retd) Manmohan Bahadur raises the pertinent question: “Why was it that the Army top brass was not strong enough to stand up to the political interference in affairs that were purely military?”

The answer has been given in the Henderson Brookes-Bhagat report that was commissioned by the Union government in the wake of the military setback. The report was submitted a few months later while all the errant participants were still around. Since then, the “Army top brass” has succeeded in preventing the release of the report. Now, none of those indicted is around. And spending on the armed forces has risen precipitately. There is no comparison between the state of our battle readiness today and what it was in 1962. Yet, the braided generals refuse to let the defence ministry authorise the release of the report. 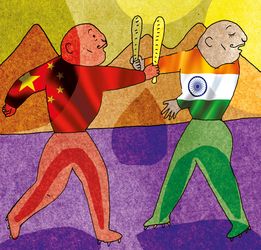 Not that that has stopped leaking the political conclusions so that the blame is comprehensively shifted to the civilian politicians involved. There is no denying their role and responsibility. Yet, cloaking the truth with regard to the Army generals involved continues. All we know is that from the chief of Army staff, General P.N. Thapar down, the entire Army leadership was officered by young men who received rapid out-of-turn promotions with the departure of the British. They just did not have the training or experience of higher command that they would have had if their promotions had come in the normal way. But apart from that one fact, what they did wrong remains a state secret—but, meanwhile, the political indictment has been leaked. What went wrong militarily remains out of bounds. The one exception is Lieutenant General B.M. Kaul, commander of the newly created IV Corps, who has deservedly been hauled over the coals, but only because his was essentially a political appointment without military justification. But of all the other commanders, there seems to be a vow of bureaucratic omerta that has compromised any objective analysis of what went militarily wrong.

One is reminded of a conversation among German generals during the First World War:

Hoffman: “True. But don’t we know that they are lions led by donkeys.”

It is to confirm or reject such a description of the Indian jawan and his commanders that requires the release of the Henderson Brookes-Bhagat report of 1963. For, as AVM Bahadur argues, the war colleges of the three services “need to delve into what transpired during that fateful period”. He does not add that we might thus get over our national ’62 complex. This, in turn, might encourage us to a “fair and reasonable” settlement of the border as envisaged at the conclusion of Rajiv Gandhi’s visit to China in 1988, which led five years later to the Treaty on Peace and Tranquility on the border.

Modi thought he would reinforce the treaty with a personal charm offensive but that only exposed the contradictions between his overtures to Xi and his contrary overtures to Trump. Galwan followed with the inevitability of night following day.