The Congress must revive its Sadbhavna Sangathan to stop communal clashes

The bulldozer is the new totem of revenge

Exactly one hundred years ago, in 1922, T.S. Eliot published The Waste Land, whose famous opening line was, “April is the cruellest month”. It should have been the happiest month for us this year because all our major religions had important festivals that coincidentally came together within days of each other in April 2022: Navaratri followed by Ram Navami and Hanuman Jayanti for our majority community; Ramzan for our largest minority community; Easter and Nowroz for our Christian and Zoroastrian communities; and Guru Tegh Bahadur’s 400th birth anniversary. Instead, April has proved one of the worst months of countrywide communal clashes in recent memory. Joy has been dissipated. Grief and alienation have prevailed.

Khambhat and Himmatnagar in Gujarat; Khargone and Sendhwa in Madhya Pradesh; Karauli in Rajasthan; Gulbarga, Raichur, Kolar and Hubballi in Karnataka; Sitapur in Uttar Pradesh; Islampur in Goa; Palakkad in Kerala; Lohardaga and Bokaro districts in Jharkhand; and now Jahangirpuri in north Delhi have become the proof of what Ram Puniyani of Secular Perspective, describes as “communal frenzy raging in the streets”. The bulldozer is the new totem of revenge. Deployed first in UP, it has become the preferred weapon of vengeance from Khargone in MP to Jahangirpuri in Delhi to destroy humble homes and shops of mainly poor Muslims and, incidentally, of some poor Hindus too, only proving how intertwined are the lives of Hindus and Muslims. 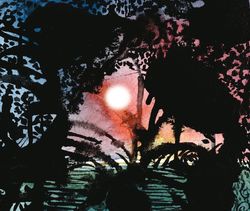 We are in the midst of a trauma that has seen the hijab and halal meat sparking acute communal tension; nefarious attempts at banning the sale of non-vegetarian food items during Hindu festivals; refusing permission to Muslim traders who have for centuries set up stalls near Hindu temples and fairs; unreproved hate speech at Dharam Sansads (religious parliaments) by the likes of Yati Narsinghanand Saraswati and Bajrang Muni; and, most provocative of all, Hindu processions, playing loud music, dancing and shouting vicious anti-minority slogans, brandishing drawn swords and other lethal weapons, bearing saffron flags and even mounting mosques to plant them.

And, how do the backers of these communal creatures react? Sudheendra Kulkarni—a voice of sanity—quotes Mohan Bhagwat, the sarsanghchalak of the RSS: “We will talk about non-violence but we will walk with a stick, and that stick will be a heavy one” for “the world only understands power. We should have strength—and it should be visible”. Hence the unsheathed swords clearly wielded, as Sonia Gandhi wrote in an article in The Indian Express (April 16), as weapons of “fear, deception and intimidation” leading to “an apocalypse of hatred, bigotry, intolerance and untruth engulfing our country”. Indeed, so concerned has been the secular opposition that 13 party leaders have jointly issued a statement that declares: “We are extremely anguished at the manner in which issues related to food, dress, festivals and language are being deliberately used by the ruling establishment to polarise our society.”

The prime minister has responded not by calling for peace and harmony but by using the ramparts of the Red Fort to show up Aurangzeb as the exemplar of Muslim rule (no mention of Akbar) and ignoring the incorporation into the profound teachings of the Guru Granth Sahib of Sufi philosopher-poets like Kabir and Baba Farid, besides failing to mention that the foundation of the Golden Temple at Amritsar was laid by a Muslim pir.

The Congress cannot leave it at that. It must revive the Sadbhavna Sangathan that was conceived as a rapid action force to position itself at every scene of communal outrage. Is today’s Congress up to that?