Ukraine crisis: Meaningful negotiations should have been initiated in 2014

The Indian Express recently carried a cri de coeur (cry from the heart) from the ambassadors to India of the “Bucharest Nine”—“a group of NATO’s eastern flank countries that joined the alliance after the end of the Cold War”, as they describe themselves, comprising Bulgaria, Estonia, Hungary, Latvia, Lithuania, Poland, Romania, Slovakia and the Czech Republic. Their concern at the Russian invasion of Ukraine is entirely understandable and shared in large measure by Indians—officials and the citizenry. This is why there is an unusual national consensus in our country that the way out of the crisis lies in declaring a ceasefire to commence dialogue, discussion and diplomacy.

Where, however, it is difficult to go along with B-9 is their refusal to take Russian security imperatives into account. The Budapest Memorandum on Security Assurances of 1994, which paved the way for Ukraine to surrender its formidable nuclear arsenal, included the oral assurance from the US secretary of state that no other country (meaning principally Ukraine, which shares a long land and sea border with Russia) would be invited or encouraged to join the North Atlantic Treaty Organization. To its cost, an enfeebled Russia under Boris Yeltsin did not hold out for a written guarantee nor for a written assurance that Western intelligence agencies would refrain from fomenting agitations for regime change in non-NATO countries whose regimes might favour strong relations with Moscow. In consequence, the Moscow-inclined Viktor Yanukovych, duly elected president of Ukraine, was overthrown by a massive demonstration orchestrated by the CIA on the Kyiv Maidan. 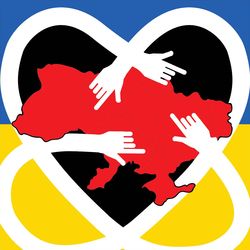 I happened to make three visits to Ukraine at around that time and it was evident that the country was fractured along the Dnieper River that runs roughly through the middle of the country: The Ukrainian-speaking western regions leaned towards western countries; the Russian-speaking ethnic majority in the east leaned towards Moscow. Putin, showing he was no pushover like Yeltsin, retaliated by taking over Crimea and supporting anti-Kyiv elements in parts of east Ukraine (Donbass).

It was at that stage that meaningful negotiations should have been initiated to find a joint answer to Moscow’s security woes and one-half of Ukraine’s sovereignty worries. Instead, the US-led NATO blatantly rubbished the assurances sought and given in Budapest, and their military presence stretched to literally at Russia’s widest and broadest doorstep: Ukraine.

This was particularly provocative for two reasons. One, Moscow had acquiesced in nine former Warsaw Pact countries joining NATO. They held out, however, at Ukraine (and Georgia, deep into Eurasia) becoming daggers aimed at Moscow’s heart—just as we are apprehensive of Nepal or Bhutan or even Pakistan/Sri Lanka/Bangladesh joining military hands with potential enemies. The second reason was even more telling. As Senator Bernie Sanders pointed out on the floor of the Senate, for 200 years and more the US has sheltered behind the Monroe Doctrine that shields the US from any outside power in the vicinity of its borders on the Atlantic and Pacific or even Canada or Latin America. This was most vividly demonstrated when Nikita Khrushchev and Fidel Castro agreed in 1962 to place Soviet missiles in sovereign Cuba, which is 80 miles off the coast of the US. If the US had legitimate security concerns in 1962, Russia’s contemporary concerns on her security front fall in the same category.

The answer was given by Austria in 1954 when the country gave a guarantee of neutrality in exchange for the withdrawal of Soviet troops. Geopolitical realities might yet require Ukraine to give cast-iron assurances of not joining NATO in exchange for Putin withdrawing his troops.