Jinnah predicated demand for Partition on the same “80:20” principle Yogi spoke of

Who won the Uttar Pradesh elections? The Yogi, of course. And, Prime Minister Modi. And, the biggest winner? Mohammad Ali Jinnah, undoubtedly. For he had predicated his demand for Partition on the same “80:20” principle with which the Yogi inaugurated the UP campaign.

Commentators have pointed to the relative underplaying of religious polarisation in the run-up to these elections. What they have not added is that such polarisation has been so drilled into such a large proportion of the Hindu vote in UP that it has become an assumption of UP politics, not an objective. The Yogi had only to dog-whistle it at the start of the campaign for his ingrained followers to respond with Pavlovian promptitude. Hence, the supreme irony that Jinnah’s insistence on the incompatibility of Hindus and Muslims has become so embedded in the psyche of so many of UP’s voters by the endeavours of the Sangh Parivar that it no longer requires the kind of overplaying that has characterised so many of the elections in UP in the last three decades. 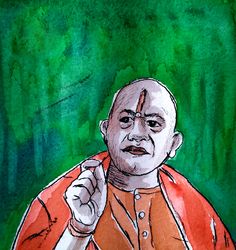 Jinnah’s thesis, as interpreted by his Savarkarite acolytes, was blocked for the better part of 50 years by Constitutional secularism that mocked the religious basis of the partition. Now that the secular assumptions and goals of the Constitution are being wiped off human memory in much of Hindi-speaking India, the only hope of rescuing the Constitution vests in those parts of the country—chiefly in west, south, and east India, plus the far north in J&K and Punjab—that have not been bewitched by the Yogi-Modi combine. Indeed, about a third of Hindu voters even in UP continue to value the Ganga-Jamuni heritage of their state.

Looked at from this angle, the majority won by the BJP in UP falls into perspective. Essentially, the periphery of the country rejects Jinnah-Savarkar’s ‘Idea of India’ while a majority of UP embraces it. But even in the Hindi belt, states like Rajasthan and Chhattisgarh continue to resist the siren call of religious division, and its acceptance even in Madhya Pradesh is uncertain. Therefore, the demographic of a single state commanding 80 seats in the Lok Sabha need not alarm us into believing that the Quaid-e-Azam has prevailed.

If only the non-BJP forces in the Hindi heartland unite and prioritise defeating Jinnah and the BJP over their internecine differences, anti-minorities sentiment need not continue to blemish the fair face of Bharat Mata. This seems to be a pipe dream so long as the Congress seeks to lead the Opposition combine. Mamata Banerjee’s initiative to bring together the non-BJP/non-Congress opposition has the merit of not letting the Congress be a distraction from the exercise of uniting the regional parties that dominate the large number of non-Congress/non-BJP states. If that exercise succeeds, so be it.

If, however, such a combination appears to fall short of a national majority, the Congress might well provide the combo the ballast to sail past the halfway mark. What the Congress needs to do at this juncture is to leave it to challengers like Mamata Banerjee to bring together regional parties into a single fold, while extending moral support to her initiative by relinquishing its claim to the leadership of the alliance. That might even lead to a humble Congress being requested to join the alliance before the 2024 general elections or, perhaps, the non-BJP coalition that might emerge thereafter. Thus, provided the Congress “stoops to conquer”, the UP result might still be thwarted in the larger battle to come in 2024.

Otherwise, I am afraid, Jinnah will be left laughing as he swills his whisky in paradise.