PM Modi has taken to citing Jawaharlal Nehru in Parliament

The Devil can cite Scripture for his purpose,” William Shakespeare, The Merchant of Venice.

Now that Prime Minister Narendra Modi has taken to citing Jawaharlal Nehru, as we saw him do in Parliament in the debate on the ‘Motion of Thanks’, this column offers him the following gems from Nehru that Modi might like to use in future comments on the twin themes of ‘1,200 years of slavery’ and the appeasement of the minorities (‘tushtikaran’).

For instance, the participants of the Hindu Dharma Sansad who preached genocide might be usefully reminded of Nehru thundering at the Gandhi Jayanti rally in New Delhi on October 2, 1951: “If any man raises his hand against another in the name of religion, I shall fight him to my last breath, whether from within the government or outside.” 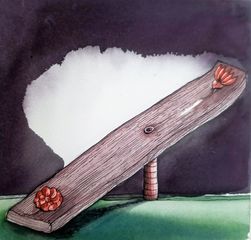 On ancient Indian civilisation, which the prime minister often invokes, Nehru had this to say in The Discovery of India: “(T)he basic approach seems to have been that there could be no monopoly in truth, and there were many ways of seeing it and approaching it. So, all kinds of different and even contradictory beliefs were tolerated… India appeared as an ancient palimpsest on which layer upon layer of thought and reverie had been inscribed, and yet no succeeding layer had completely hidden or erased what had been written previously.”

Now, Modiji, get that translated into your mellifluous Hindi and let it boom off your 56-inch chest.

As regards the foreign influences that throughout our history of five millennia have come into India from outside, a subject on which the prime minister holds distinctive views, he might wish to recall Nehru’s words from The Discovery of India: “The widest tolerance of belief and custom was practiced and even encouraged… Those who professed religion of non-Indian origin, or settled down here, became distinctively Indian in the course of a few generations, such as Christians, Jews, Parsees, and Muslims. Indian converts to some of these religions never ceased to be Indian on account of a change of faith.”

Nehru explains that India had “this astonishing inclusive capacity to absorb foreign races and cultures…. Each incursion of foreign elements was a challenge to this culture, but it was met successfully by a new synthesis and a process of absorption.” If you, Modiji, were to propagate this singular achievement, you would be highlighting what no other world civilisWation has achieved: survival through heterogeneity, not homogeneity.

With respect to “1,200 years of slavery”, Nehru notes that “Islam came as a religion to India several centuries before it came as a political force.” He acknowledges that Mahmud of Ghazni did indeed conduct raids into India but “met severe defeat in the Rajputana desert region on his way back from Somnath”. In consequence, “this was his last raid, and he did not return”. Vengeance was wreaked on Mahmud of Ghazni, Modiji, by brave Indian Rajputs nearly a thousand years before the Somnath temple was rebuilt.

And as for the Mughals, they “were outsiders and strangers to India,” says Nehru, “and yet fitted into the Indian structure with remarkable speed… it was in Akbar’s reign that the cultural amalgamation among Hindus and Muslims in northern India took a long step forward… the Mughal dynasty became firmly established as India’s own”—until “Aurangzeb swerved, undoing Akbar’s work”, as Modi is now engaged in undoing Mahatma Gandhi’s good work.

So, PM sahib, inscribe in your heart Nehru’s words to the students of Aligarh Muslim University: “Do not think you are outsiders here for you are as much flesh and blood of India as anyone else. I invite you as free citizens of free India to play your role in building up this great country of ours.”