A group of 32 former ambassadors of India (dubbed G-32) has issued a riposte to two statements—issued by a total of some 500 concerned citizens condemning the hate speeches at Haridwar and New Delhi that, inter alia, called for the genocide of our Muslims.

On December 31, about 250 of the most distinguished senior citizens of India, comprising retired personnel from all three wings of our defence forces, led by four former chiefs of naval staff, informed the president and prime minister of their concern over the impact of such spewing of hate on the “unity and cohesiveness of our men and women in uniform”. Other signatories included retired civil servants from the all-India services and well-recognised personalities from a variety of professions, including academia, the media, and civil society. The second, a short open letter, dated January 5, signed by 273 men and women of high distinction, sought “action as per law”. Neither list contained any politicians, which is why, despite my credentials as a retired diplomat, I was not asked to append my signature to either statement. The last thing the petitioners wanted was the taint of partisan party politics. 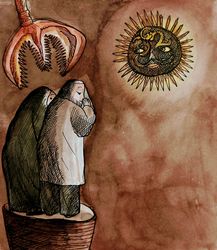 And yet, the 32 retired excellencies begin their jeremiad by describing these 500 or so petitioners who have given so much to the nation as “a motley group of activists, many of them known leftists with sympathies for Maoists” (is that a crime?), joined by others who have been “conducting a sustained smear campaign against the present government” (is that not their right under the fundamental rights that make (or made) us a democracy?). In response to the strikingly restrained language of the two petitions, which have abused no one and politely “urged” the president and prime minister to “condemn such incitement to violence in no uncertain terms”, the two dignitaries addressed have maintained a Sphinx-like silence.

Yet, G-32 has lashed out at these concerned constitutionalists for “anti-Hindu tirades”, “overwrought fears”, and discovering “hitherto dormant political affiliations”.

The vocabulary of the response from the G-32 is drawn from the lexicon of hate of the saffron brigade. What a pity that yesterday’s ambassadors of secularism have in retirement shown their true colours as advocates of “majoritarianism”, holding that the Haridwar incident is “ridiculously” projected as “a peril for all Indians”. Should not action under law be promptly taken and such calls be condemned at the highest levels of government and the judiciary? After all, the men in holy robes are the support base of the political party that has secured a majority at the polls twice over. But G-32 fails to understand that a political majority must not translate into “majoritarianism” for equating the two undermines the secularism that constitutes the ‘basic framework’ of our Constitution. That is why the courts have at long last taken cognizance of the outrage—but neither the president nor prime minister, nor any other authority, have.

G-32 draws attention to the noble words and sentiments uttered by RSS netas. What is the point of uttering them randomly when the very same mouths are shut fast when most needed? Has RSS sarsanghchalak Mohan Bhagwat denounced the sadhus who gathered at Haridwar as “not Hindu”? Recall that when Akbaruddin Owaisi resorted to verbal excess, his brother, Asaduddin, promptly reprimanded him and disassociated his party from his brother’s remarks. What the 500 senior citizens have demanded is that the authorities cease “to remain silent or inactive in the face of such abominable speeches”. G-(for ‘Godi’?) 32 consider not the speeches but protesting about them as abominable!