The fact is that of the 124 players sent to Tokyo, 117 returned empty-handed. We, the nation with the largest segment of the world population in the sports age bracket (up to 24 years), wallowed at the 48th position, in the same league as Armenia, Kyrgyzstan and Dominica (whose combined population is about the same as Brihanmumbai’s) and below Jamaica and the Bahamas who are together less populated than Goa. What satisfaction can we draw from having scored more than San Marino (population far below Alappuzha), Gabon (population about 1 per cent of India’s), and Haiti (population about the same as Lakshadweep)? 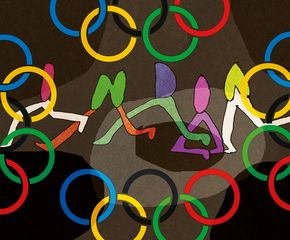 Yes, we won one gold (hurrah)—out of 340 gold medals awarded at Tokyo 2021; two silver medals—out of 338; and four bronze—out of 402. “Stupendous”? “We too can do it”? Do what? Our Olympics medals over 125 years amount to 35. Of these, we have 10 gold medals (of which eight have been in hockey)—in which all we could secure was a bronze this time. And, Modi’s cheerleaders proclaimed this our chak de moment!

The reality check, however, is that our total number of medals in 125 years of the Olympic Games is marginally more than the number of medals won by one US swimmer, Michael Phelps, alone. The other reality check is that in sports in which we have won Olympic medals in the past—lawn tennis, shooting—we have won nothing in Tokyo 2020. Our past victories have been flashes in the pan. Will javelin, in which we won our solitary gold at Tokyo, go the same way?

The fact is we cannot become a medal-winning nation until we first transform into a sporting nation. For that, we need institutional support in every village and every slum. Neither the Sports Authority of India (SAI) nor the score of sports federations has that reach—or seeks it. They fatten themselves on talent that turns up swayambhu [self-made]. They are not into talent-spotting at an early age and talent nurturing through childhood and adolescence. This is the basic reason for our pathetic performance at the world level, despite being endowed with the largest sporting human material in the world.

The only institutions with that kind of reach to the grassroots are panchayati raj bodies and the Nehru Yuva Kendra Sangathan. This is why when I was Union sports and youth minister (2006-2008)—and simultaneously minister of panchayati raj (2004-2009)—I started the nation-wide Panchayat Yuva Krida aur Khel Abhiyan (PYKKA) (in English, the Panchayat Youth Sports and Games Movement). It provided funding and supported every village panchayat to offer facilities for as many sports disciplines as they could. It also envisioned the Nehru Yuva Kendras recruiting the training personnel and organising with the local bodies the necessary competitive sporting events at panchayat, block and district level for talent spotting by SAI and other sports federations.

The system has survived many successor ministers and many name changes but, in its present incarnation, is essentially based on schools—without realising that most schools in rural India do not have land to organise games (which panchayats do). If reverting to PYKKA is more than what Modi can swallow, an alternative based on Fidel Castro’s Cuban miracle (14 gold in Barcelona ’92) will have to be devised before we have our chak de moment.