Is India awash with terrorism? The US state department found that in 46 years (1970-2016), India suffered only 2 per cent of global terrorist fatalities although we constitute 17.5 per cent of the global population. We may have some 800 terrorist organisations, as claimed by a former national security adviser, but over the 11 years from 2005 to 2016, they were able to kill 707 people—that is, less than one person per organisation in more than a decade.

Yet, we have had the Unlawful Activities (Prevention) Act (UAPA) since 1967, that is for more than half a century. The UAPA was first conceived in the aftermath of the 1962 India-China war, but was not passed until after the India-Pakistan 17-day war of September 1965. Meanwhile, the 16th amendment to the Constitution was passed in 1963 to facilitate the imposition “by law”, of “reasonable restrictions in the interests of the sovereignty and territorial integrity of India”. The UAPA, as amended four times, does target “terrorism” now, but was initially limited to acts that threatened national sovereignty and integrity and did not include “terrorism”.

That is why another legislation, the Terrorist and Disruptive Activities (Prevention) Act—commonly known as the TADA—was brought on to our statute books in 1985 to deal with terrorism in Punjab. The abuse and misuse of the TADA became notorious, but “unlawful activities” were kept separate from “terrorist acts” for the next 17 years. 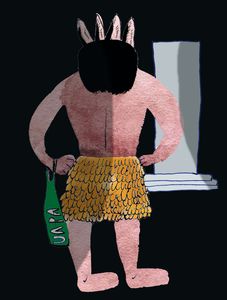 It was the botched terrorist attack on Parliament in December 2001 that led to the Prevention of Terrorism Act (POTA) of 2002. That, too, became so notorious for violating rights guaranteed under the Constitution that it was repealed in 2004. Then came the terrorist attack on Mumbai in November 2008, and the distinction between “unlawful activities” and “terrorist activities” was obliterated in our jurisprudence. That has opened the way to the Narendra Modi government filing 3,005 cases and arresting 3,974 persons in just two years (2016-2018)—the latest figures I have been able to access.

As if this was not serious enough cause for concern, the UAPA was amended once again in 2019. Under Section 43D (5) in the UAPA, normal bail rules were rescinded, and an individual could be labelled a “terrorist” even before conviction by trial.

That is what brings us to our present pass. Three student activists were released on bail by the Delhi High Court on June 15 after more than a year in incarceration. Subsequent commentary has drawn attention to Mohammed Ilyas and Mohammed Irfan being acquitted of any UAPA offence, but only after spending seven years in jail. This was not the worst case. Others had been declared innocent, but only after spending a staggering 14 and 23 years in jail.

Bearing all this and more in mind, Delhi High Court judges Siddharth Mridul and Anup Jairam Bhambhani—noting that the Supreme Court had held that bail may be granted if, as the UAPA itself prescribed, a “speedy trial” is not held—described the repeated refusal of bail in long-pending cases as “inconsistent with democracy, redolent of authoritarian or tyrannical states”. They decried the UAPA “being casually used by the government when charges under conventional penal laws would very well do”.

Supreme Court justices Hemant Gupta and V. Ramasubramanian, while not cancelling the bail orders of the Delhi High Court, have found the high court’s bail order running to a hundred pages as “troubling” and probably requiring “examination by the Supreme Court”. It also needs examination at the bar of public opinion and in Parliament to stop our slide into a banana republic.