A Lokniti-CSDS poll survey published in The Hindu (May 5) contains the astonishing information that when it comes to “anti-BJP sentiment”, the caste composition of support to hindutva is the polar opposite of the way it pans out in “Aryavarta”.

The “upper castes”, particularly the Brahmins, have traditionally been the sheet anchor of BJP support in north and central India, whereas in Tamil Nadu 41 per cent of “upper castes”, in answer to the question, “Is the BJP good or bad for Tamil Nadu’s social fabric?” replied, “bad”. True, the “upper caste” in Tamil Nadu is small and confined to the likes of me and P. Chidambaram, but it is still significant that, in sharp contrast to happenings north of the Vindhyas, four out of ten of our ilk do not want hindutva sneaking in, as against 18 per cent who thought otherwise. 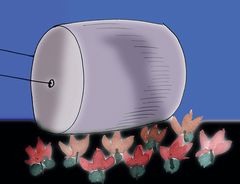 The largest segment of Tamil Nadu’s population comprises the other backward classes. Fascinatingly, the percentage of Thevar who also answered “bad” is higher even than the upper castes: 44 per cent. This gets reduced to 33 per cent among the Mudaliar and 30 per cent among the Edayar, but perhaps the most intriguing finding is that the Vanniyar—a most backward community (MBC) whom a BJP ally, the Pattali Makkal Katchi, claims to represent—were next only to the “upper castes” and the Thevar in rejecting the OBC claims on which Narendra Modi has based his rise in politics. The Vanniyar at 38 per cent were the third-highest community in regarding the impact of the BJP on Tamil Nadu’s social fabric as “bad”. The same percentage held for the category “Other OBCs”. Clearly, Modi’s boast to have widened the BJP ambit from “upper castes” to OBCs has found little resonance in Tamil Nadu.

And, by far, the highest percentage of those who look askance at the inroads that hindutva is attempting to make into Tamil Nadu are the scheduled castes (SC). A gasp-inducing 48 per cent—higher even than the “upper castes”, the OBC and the MBC—are persuaded that the impact of hindutva on the state’s social fabric is “bad”.

At the other end of the spectrum, a staggering 45 per cent of the Muslim community, who have always been well integrated into society at large in Tamil Nadu and, therefore, do not feel their identity and safety threatened as in the north, regard the hindutva impact as “Doesn’t make a difference either way”, with 10 per cent fewer— a mere 35 per cent—thinking the impact might be ‘bad’. This shows that the demonisation of the minority community on which the RSS/BJP thrives has had such little influence on the Tamil mind, as to leave the Muslims of Tamil Nadu the only segment of Muslims in the whole country feeling quite sanguine.

This conclusion is, however, offset by the Christian community, concentrated in the deep, deep south in and around Kanyakumari district, clearly registering an unambiguous “bad” verdict against the sangh parivar and hindutva, particularly since the Meenakshipuram riots—instigated by the RSS in 1981, opposing SC mass conversions to Christianity—that convulsed the region. Second only to the SC apprehension of prospective BJP inroads is 47 per cent of the Christian community regarding the BJP impact on the social fabric negatively, as “bad”.

The Lokniti-CSDS post-poll survey establishes the sound reasons for which the BJP cyclone has not been able to make any landfall in Tamil Nadu. This must give heart to all those who despair of reversing the BJP’s rise. Tamil Nadu has demonstrated across all strata of society that the Modi-Shah duo is an aberration who can and must be worsted for India to survive.