While Indian and Chinese army commanders circle around each other, like Sumo wrestlers, waiting for the right moment to clinch, our political leaders have not spelt out what their overarching objectives are in the pursuit of India-China relations.

Is it our strategic aim to rival and overtake the Chinese? And is it, therefore, our tactical aim to not cede “an inch” of what we believe is an integral and inalienable part of Mother India, sanctified by the Vedas, the Puranas, the Mahabharat, the Upanishads and our ancient sanskriti? Or, a territorial quarrel over what Aurangzeb seized for us when he captured Ladakh and built a mosque in Leh to prove it? Or, as a precious heritage that left to us when the British evolved their policy of “flexible frontiers” on our northern borders and convened meetings in Simla of Chinese and Tibetan plenipotentiaries in that golden summer on the eve of World War I? Or Amit Shah’s cartographic conquest that renders Ladakh the biggest Union territory, perhaps the biggest state, of the Indian Union? 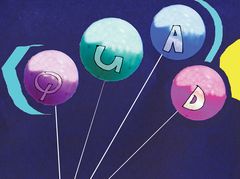 Or, are we trying to get back to the harmony that prevailed between two neighbouring civilisations from the dawn of history till 1962? Or, that vision of “peace and tranquillity” that informed Rajiv Gandhi’s breakthrough visit to China in December 1988 that gave us, till the other day, 30 years of galloping economic, trade and technological relations while patiently undertaking round after round of “border talks” at special envoy level?

If our goal is to best the Chinese at their own game, that objective could best be described as utopian. We perhaps had that possibility till the 1970s, but since then, the Chinese have so far overtaken us in economic strength, military power and international political influence. Only vainglory makes many of us believe that outdoing the Chinese is a rational or even desirable goal. A worthier aim would be to accept that China is far ahead of us on these parameters. But on the parameters of democracy and human rights, any sensible human being would rather be an Indian than a Chinese.

Instead of basing the strategic goals of our foreign policy on a needless inferiority complex, would it not make more sense to accept that in some dimensions the Chinese are ahead of us and in some other spheres we are ahead, and move self-confidently towards better times?

It is in this context that I think we should reassess our increasing dependence on the Quad. Where traditionally we had sought to make the Indian Ocean a zone of peace, we are now making the so-called Indo-Pacific a zone of war. Why is it that countries in the immediate neighbourhood of the South China Sea that China is probing are not party to Quad? Why are the Philippines, Indonesia, Singapore, Brunei, Malaysia, Vietnam, Thailand, even land-locked Laos, keeping their distance? Is it because they do not think military confrontation with China will work, and believe quiet negotiations to be the way forward?

The former Bangladesh high commissioner to India, Tariq Karim, has made a persuasive case for a Bay of Bengal community. Would that not be a far more constructive way of linking up with Southeast Asia than following the far-away west in preparing for war in a fanciful geographic construct called the “Indo-Pacific” by a country that, till the other day, did not even accept that India was part of what they called “Asia”? Why are we following the Pakistani example of 1954, when Pakistan outsourced its national security to the Americans, and came a cropper?