Splashed across our media are photographs and videos of President Ram Nath Kovind presenting a Vishva Hindu Parishad delegation with a cheque for the munificent sum of Rs5,00,100 from his “personal funds” towards the construction of the Ram Temple at Ayodhya. Rashtrapati Bhavan has not vouchsafed to the general public whether a similar or even larger donation will be made to the mosque complex in Dhannipur village, about 5km from Ayodhya.

Readers will recall that after deploring the “egregious violence” and “barbarism” that led to the destruction of the Babri Masjid on December 6, 1992, the Supreme Court had rewarded the vandals by granting them the right to build a temple at the site of the Ram Janmabhoomi while ordering the Uttar Pradesh government to find five acres for the Muslim community to build their mosque complex elsewhere. 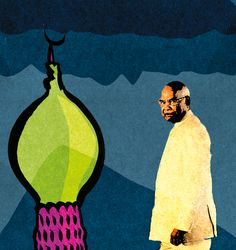 There was a failed challenge in the Supreme Court from two non-Muslim busybodies to secure government nominees to the mosque trust. A Supreme Court bench happily ruled that “the petition does not hold water”, leaving the Indo-Islamic Cultural Foundation (IICF) free to move ahead unimpeded. Accordingly, the mosque complex will house a place of worship but also include a 200-bed multispeciality hospital equipped with state-of-the-art facilities, a pharmacy for dispensing free medicines to the poor, a school, a museum, an Indo-Islamic research centre and a library, besides a community kitchen, nominally priced for the poor, that will serve 365 varieties of the finest Awadhi cuisine, both non-vegetarian and vegetarian. The complex will embody “the true spirit of India in its multicultural fabric that we call the ‘Ganga-Jamuni tehzeeb’.” These facilities will be open to all communities. The temple will, of course, be open only to avowed Hindus.

The architect chosen for designing the mosque—S.M. Akhtar, founder faculty of the School of Architecture at Jamia Millia Islamia—says the “design will be contemporary” even as it serves the Islamic tradition of “khidmat-e-khalq (serving the society)”, adding “I do not live in the past”. This is in striking contrast to the rigidly orthodox conception of the temple grounded in tradition.

A non-Muslim, Pushpesh Pant, has been appointed the consultant curator for the complex. No Muslim is part of the project for the temple. Pant has been quoted as saying, “There has been an injustice. No punishment for those involved in the demolition.” Yet, he conceives the archives/museum as a “holistic experience of Awadh”. “Islam’s influence on Indians, irrespective of them being Muslims or non-Muslims, our intertwined food, culture, architecture, customs, everything that speaks to our collective heritage, will be showcased at the museum,” he says. The temple will exclude all traces of anything that does not derive from the sanatana dharma and the epics.

Unsurprisingly, therefore, the first contribution to the building of the mosque complex came from a Hindu staffer at Lucknow University, Rohit Srivastava, who said, “I come from a generation which is rooted in syncretism, where religious barriers blur…. This is not just about me. This is the story of crores of Hindus and Muslims in India.” Athar Hussain, secretary-general of the IICF that is undertaking the conception, design and building of the mosque complex, exults that 60 per cent of the donations so far received are from Hindus. Hussain has informed anyone who cares to listen that, “We have opened accounts in ICICI Bank and HDFC Bank in Lucknow for this purpose.” So, no one, from the respected rashtrapatiji down to anyone humbler, needs to wait for the foundation to solicit funds from them. Will they rise to the occasion?