Lost sheen of the IFS

On October 9, the Indian Foreign Service entered the 75th year of its existence. A wit in Seminar magazine years ago said it was constituted of “dispossessed princelings, illiterate cavalrymen and well-connected nit-wits”. Entering the service 17 years after it was formed, it was easy to spot which of our joint secretaries and ambassadors fitted each of these categories!

The IFS was conceived when the centre of India’s world lay in London. Today, London is only a save-your-face posting for superannuated diplomats who did not quite make the grade and politicians whom the government of the day wants to put away. Now, it is Washington and Beijing that constitute the twin foci. On the European continent, Brussels, once an obscure provincial capital, alone really matters as a key element in foreign economic policy. Moscow has lost out ever since the Soviet Union stabbed itself in the back. Islamabad has ceased to matter with the paralysis introduced into India’s Pakistan policy ever since Narendra Modi took over. The needless quarrel with Nepal has only compounded the sidelining of south Asia, which is where, in my eccentric opinion, we should concentrate our foreign policy effort.

The collapse of the Non-Aligned Movement means that African and Latin American posts, as well as our permanent representations to the United Nations in New York, Geneva and even Vienna, that gave us our leadership position among the newly-liberated countries, have lost the sting they used to have. Nonalignment as the fulcrum of our foreign policy has been overtaken by military alignment through the ‘Quad’. Where we were the strongest link in the NAM chain, we are now the weakest in the Quad chain. Our withdrawal from championing the Palestine cause, in tandem with the Arab monarchies, has also meant that where Cairo and Baghdad were prize postings once, they now matter little. We have been reduced to small fish swimming in a very big pond—and are led into thinking we are sharks. The only work left to most ambassadors is organising International Yoga Day! 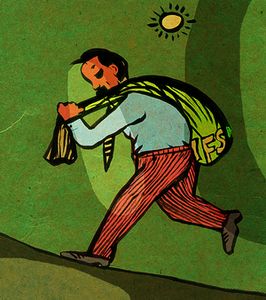 All this, of course, means an alteration in the orientation of the foreign service. Where six (out of 16) of my 1963 batch were instructed to learn French as our compulsory foreign language, now it is, unsurprisingly, Chinese that commands the top slot. Perhaps English should be introduced as a compulsory foreign language. Moreover, the coveted IFS is no longer the goal of the student intellectual elite. How coveted the IFS was is, I think, well illustrated by my own case: I stood seventh in the All-India exam but only fifth in the foreign service because, of the six who were ahead of me, four picked the IFS over the IAS! Now, the UPSC has to scrape the bottom of the barrel to fill the IFS quota.

I met one IFS probationer a few years ago and asked him, in passing, what his position was. He said, “600”. I thought I had misheard. I asked him to repeat his answer and when he again answered 600, he added that he hated being in the IFS. He joined only because he was threatened that if he did not, he would be demoted to a class II service. I understand (although this might be a wicked rumour) that the favoured service now is the Indian Revenue Service (as being the most “lucrative”!).

To cope with the humongous numbers, the UPSC exam has been reduced to a lottery. In consequence, a remarkable candidate of my acquaintance, who won over a dozen gold medals in her finals, has repeatedly been tripped at the prelims. The UPSC seems to believe, like Napoleon, that they do not want able generals but lucky ones.