Dear Kannan Gopinathan,We have not met but I hope to rectify that shortly. Welcome to the small club of civil servants who have taken voluntary retirement. I think we should unanimously elect you and Shah Faesal as co-presidents of our club, for both of you have resigned on principle—to uphold the highest values of our democracy—while most of the rest of us did so for more mundane reasons.

You, I understand, are 33. I was 34 when the Emergency was declared. I hated the Emergency. Yet, I did not have the courage to put in my papers. When I eventually took the step of leaving the service, it was because I enjoyed the patronage of a prime minister who had the largest majority in the history of our parliamentary democracy. Yours is a leap into the dark. I salute you. It takes much more than ordinary courage and conviction to make that leap. 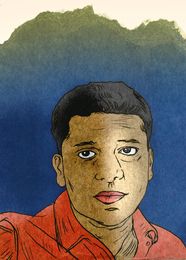 I am also deeply moved by the reasons you have given for the departure you have made. “Article 370 or its abrogation is not the issue, but denying citizens their right to respond to it is the main issue.” How right you are.

As you say, “They could welcome the move or protest it, that is their right”. Narendra Modi-Amit Shah claim they have done this to bring joy and opportunity to the Kashmiris who have been crushed under the heel of Article 370. If that is so evident to Modi-Shah, then surely it should be evident also to the victims. The people should have been out on the streets with garlands and sweets, thanking the duo for their liberation. Why should their hosannas be drowned in the ominous silence that lies like a blanket over the valley? Why rush in 50,000 additional security forces if, as the Governor Satya Pal Malik says, 50,000 gorgeous government jobs are in the offing? Why are these millions upon millions of sullen Kashmiris looking the gift horse in the mouth?

Article 370 was the Kashmiris’ one hope that their state’s compact with the Indian Union could yet secure them “the sky” as their “limit” for the autonomy they had been promised by former prime minister P.V. Narasimha Rao. That hope is now extinguished. They are being offered “development” in exchange for their acquiescence, thirty pieces of silver in return for being downgraded to a Union territory.

As you, Kannan, have rightly underlined, whether what Parliament did on August 5 was in accord with our Constitution is for the Supreme Court to determine. But why convert an entire state into a prison without one word of consultation with any of its inhabitants? If it is to “save lives”, as officially stated, why not co-opt the people whose lives are being “saved”? If the Modi-Shah-Malik assessment is right, instead of incarcerating the populace, they should be let free to carry Ajit Doval on their shoulders and shower encomiums on their triumvirate of saviours. Portraits of Modi, Shah and Malik should bedeck the valley. Mosques should blare forth their praises from every loudspeaker. The faces of mothers, wives and sisters should be wreathed in smiles. The visage of brides and fiancées should be bathed in happiness. Children should be out playing in their new clothes. Fireworks should light up the night sky. A New Kashmir for a New India!

Why then this bruising shutdown?

At least one man—you, Kannan Gopinath—has forced these questions to the forefront. You deserve the nation’s gratitude. I am a decade more than twice your age. Please accept my blessings.