When Trump takes it out on Modi

Donald Trump has revealed that he does not know the difference between a library and a parliament. Not surprising; he has probably not entered either. At the same time, our country has learned the consequences of serial, unwanted hugging. Trump is still to recover from Narendra Modi’s startling attempt to foxtrot with him in the White House’s Rose Garden. They really are made for each other.

When the Babri Masjid was demolished, Pakistan president Ghulam Ishaq Khan said Hindus had taken revenge for their defeat at the hands of Babur. The then Indian high commissioner in Islamabad, Mani (J.N.) Dixit, gently reminded Khan that Babur had actually defeated Ibrahim Lodhi. Has our ambassador in Washington DC done anything similar? 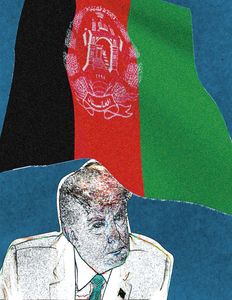 After all, the Afghan imbroglio is entirely an American construct. Back in the late 1970s, Afghanistan was going through the internal turbulence of its own equivalent of the French Revolution—the Saur Revolution—to dethrone president Mohammad Daoud Khan. But, there was no agreement between the revolutionaries on who should replace Daoud: Babrak Karmal? Nur Muhammad Taraki? Hafizullah Amin? Or, Mohammad Najibullah? The question should have been answered by the players themselves, albeit in a welter of blood. But, the Saur Revolution very quickly found itself transformed into other people’s games—a pawn in the Cold War between the Soviet Union and Trump’s predecessors.

The initial stupidity was that of Leonid Brezhnev’s, who sent in his troops to quell the Jacobin-like excesses of the Communist coup conducted by Amin against another Afghan Communist, Taraki. Brezhnev diddled himself into believing that he could intervene in a domestic dispute between fellow ideologues in a neighbouring country without attracting the attention of their principal Cold War enemy, the United States. The Americans rightly spotted the Soviet invasion of Afghanistan as Brezhnev’s “Vietnam moment”. It was. But, not before the Afghanistan imbroglio had become someone else’s war.

Trump might well be reminded that it was the Americans who did not want their own “boots on the ground”. So they went in search of other boots, and found them on the holy feet of an army of pious jihadis whose insane love of violence was music to American ears. They trained, funded and armed these religious fanatics into a formidable force of guerrilla fighters, gladly embracing suicide as the way to paradise. If Ronald Reagan had not been, Osama bin Laden would never have been.

Like Dr Victor Frankenstein, the Americans fashioned their own monster. The aim being to punch Moscow in the solar plexus, what happened to Afghanistan once the Taliban succeeded in driving out the Russkies was of no concern to the Americans. They just pushed off, leaving Afghanistan to deal with the lunatic fringe the Americans had brought to the mainstream. The Taliban took over the country as America’s gift to the hapless Afghans.

And, they might have remained there, but for Osama organising 9/11. The failed War on Terror has now lasted twice as long as America’s combined efforts in 1917-1918 and 1941-1945 to liberate Europe from the Germans. So, as he plans to exit Afghanistan with his tail between his legs, Trump takes it out on Modi. What a delightfully ironic end to Modi’s attempt of enveloping Trump in a jhappi!