US century over in Kabul; China’s begins: Anita Pratap

One typical Afghan was a turbaned tribal elder I once interviewed in a village near Khyber Pass. We sat in the courtyard of his single-storied, mud-brick house, with three generations of his women confined to the zenana (women’s cloister). He was tough, stoical and patient. Like his spirit, his weather-beaten skin seemed to have a high tolerance for pain. He did not flinch when an insect bit him.

Walking away after the meeting, I turned around to wave. But I had already disappeared from his radar. He stared inscrutably into the horizon, from where many conquerors appeared through the millennia—Darius of Babylon in 500 BCE, Alexander the Great, Mahmud of Ghazni, Genghis Khan and Arab invaders. Afghanistan was also “the graveyard of empires”—British, Soviet, and now American. 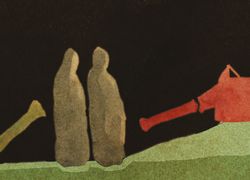 Thorbjørn Jagland, former head of the Council of Europe, noted: “The fall of Kabul is as historic as the fall of the Berlin Wall. It symbolises the end of the American century.”

It is baffling that the White House did not anticipate a repeat of the 1996 Taliban “takeover” of Kabul—the CNN coverage for which I received The George Polk Award from Long Island University, New York. Like today, it was a walkover, not a takeover. Fed up with the corrupt, foreign-backed regime, tribal chieftains gave free passage to the Taliban to Kabul. A passage lubricated by Pakistan. History repeats.

The White House appeared shocked that the 3.5 lakh Afghan forces they had spent billions arming and training collapsed without a fight. In reality, this was mostly a ghost army—men on paper. The “real” soldiers fled, surrendered or were slaughtered. Said British MP Tom Tugendhat: “Expecting this ragtag army to fight is like putting a rusty tricycle on Tokyo Olympic tracks and expecting it to win gold.”

US Secretary of State Antony Blinken insists “Kabul is not Saigon”, referring to the chaotic embassy roof-top pull-out from Vietnam in 1975. Phil Caputo, a Vietnam veteran and journalist, among the last to be evacuated from Saigon, agrees. “It is worse,” he says. Compared with Kabul, Saigon was “like an audience leaving the opera.”

American evacuation from Kabul leaves in its wake bizarre ironies. When the US invaded Kabul after 9/11, the Taliban was not on their terror list. Now it is. America’s main concern was never the Taliban’s repression of women or beheadings. Their invasion aimed to ensure Afghanistan did not become a safe haven for terrorists, especially Al-Qaeda, to launch attacks against the US.

Now, we see the rise of ISIS-K, a terror group deadlier than the Taliban, with bigger ambitions. They want a caliphate in Khorasan—a historic region including parts of Afghanistan, Pakistan and Iran. American departure aroused fears of the Taliban taking control. Now the fear is they do not have enough control, especially vis-à-vis ISIS-K.

Remaining in Afghanistan to continue waging a counter-insurgency operation is fighting yesterday’s war. There is strong support in the US to bring soldiers back home. Troops are vulnerable to suicide attacks. Counter-insurgency using remote applications, surveillance satellites, eavesdropping technologies and drones are lethal.

“Over the horizon” operations are not the only new avatar of today’s warfare. Earthmovers may replace tanks in Afghanistan to extract rare earth metals and other minerals needed to power the global green revolution. It is about mining and manufacturing, loans and lanes. The 21st century could well be China’s century in Afghanistan. But the millennium remains with the Afghans.