Experts said the pandemic would produce a baby boom because people were stuck indoors. Nine months later, the outcome is a baby bust. Many developed countries are experiencing significant drops in the number of births, proving that simplistic correlations can be dead wrong. Like the ecosystems that surround us, human life is determined by a complex web of factors. As Australian demographer Liz Allen says, “More sex is insufficient for a baby boom to occur.”

Following the pandemic, Hawaii has recorded a 30 per cent drop in births, Spain 23 per cent, and Italy 22 per cent. Canada, Japan, Korea, the UK and France have seen 5 to 15 per cent fall in birth rates. In the US, three lakh fewer babies were born by 2020 end. The reasons for this dramatic drop are many: pandemic-induced health and economic crises are not conducive to having a baby. The thought of accessing Covid-burdened medical facilities or thinking of the number of hands that could touch a newborn is sufficient to delay parenthood until the pandemic is over. Precarious job markets create anxieties about the future. Singles lived isolated while couples endured erosion of privacy and energy. 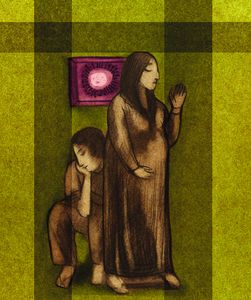 The pandemic-induced worries appear temporary, but they accelerated the global downward trend: birth rates have fallen 50 per cent in the past 50 years, from 5.1 births per woman in 1964 to 2.4 in 2018. To offset death rates, a country should have a replacement rate of 2.1 births per woman. Korea’s birth rate is now 0.84, the lowest rate recorded for a major economy. Populations in many countries, including Italy, Korea and Japan, are predicted to drop by more than half by the end of this century.

The long-term reasons for declining global birth rates are well documented: urbanisation, modernisation, emancipation, working mothers, expenses in raising children, nuclear families and welfare states that provide elderly care, among others. The increasing age at which women in developed countries are having children contributes to difficulty in conceiving. But there is another alarming reason for rising infertility.

In a paper, legendary British investor and philanthropist Jeremy Grantham says, “there is a shocking 50 per cent decline in sperm count since 1970s and an equally rapid increase in age-adjusted miscarriage rates.” He blames “endocrine disruption”, or the toxicity in the body’s hormonal system caused by the chemicals in the products we use daily—plastics, toys and food. Europeans are aghast by the American “Kehoe” rule, whereby suspicious chemicals are innocent until proven guilty. Thus, the lead in petrol, pipes and paint continued to be used for 50 years after its danger was first raised. While the US has banned only 11 substances in cosmetics, the EU prohibits over 1,000.

Low fertility has high costs. Experts say low birth rates depress economic growth. Less children mean more elderly people, relative to the population, as in China, which is getting old before it gets rich. Ageing population means higher health care and pension costs. Optimists claim low birth rates are reversible. Birth spikes do happen nine months after power outages or Christmas holidays. When the pandemic ends, experts predict celebrations will result in a rise in births. Not a boom to compensate the bust, but an increase nevertheless from the current lows. We will know if the experts are right, nine months after the worst is behind us.