Active measures” sound like dull, do-gooder proposals from a self-help pamphlet. Actually, they are devilish deceptions used in waging clandestine political warfare. Devised a century ago, they are still the “heart and soul of Russian intelligence”, says KGB defector Oleg Kalugin.

The United States is still the main stage for this subterfuge. Recent events prove that “active measures” to weaken America are very active and not at all measured. That is because “the world has moved from analogue to digital espionage and the impact is extreme and unquantifiable,” says German security studies expert Thomas Rid.

Soviet supremo Joseph Stalin created the secretive Special Disinformation Office in 1923, allegedly using the French word désinformation to deceive other nations into believing it was a French doctrine, like diplomatique. In reality, it systemised Russia’s stratagems to destroy enemies.

The past is prologue. As president, Vladimir Putin uses all available tools to restore Russia’s greatness. A KGB agent for 16 years, Putin said in 2006: “There is no such thing as a former KGB man.” Security analyst Steve Abrams says, “Modern incarnations of ‘active measures’ in Putin’s Russia are much more sinister with greater range and speed through the internet.” The Federal Security Service (KGB’s successor) has dustbinned or dusted the dirty old tricks, adapted good ones and designed new cyber warcraft for an interconnected world. Explains Abrams: “Plant, incubate, propagate have been replaced by tweet, retweet, repeat.” Agent provocateurs incarnate as “Guccifer 2.0”, the Russian hacker who stole Democrats’ emails. “These guys move like ghosts,” says Chris Krebs, former US cybersecurity chief. 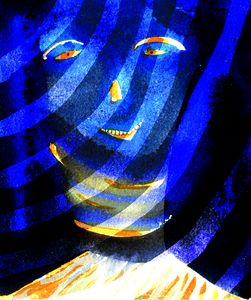 Author Craig Unger’s new book, American Kompromat, alleges that the KGB cultivated Donald Trump as a “Russian asset” for 40 years. Decades ago, Vladimir Lenin advocated exploiting rifts in the enemy ranks “by taking advantage of any, even the smallest opportunity of winning a mass ally, even though this ally is temporary, vacillating, unstable, unreliable and conditional”. Lenin seems more prophetic than Nostradamus.

But Russia’s “malign machinations” should not be overstated. All nations resort to spying and subterfuge, some more skilled than others. “Success” in the United States is as much a testament to Russia’s dogged duplicity as to America’s deep domestic divisions that enemies can easily exploit. Active measures flounder in harmonious, homogenous societies.

Western analysts now recognise a strategic feature of active measures. “They must ‘activate’ an emotional response,” explains Rid. “It is not important whether the original provocation is real or fake. It must incite a real reaction.” Emotions are activated when people are already fearful, angry or suspicious. When emotions erupt, lines blur between truth and lies, memory and imagination, origin and outcome, visible storm troopers and invisible Guccifers. As French poet Charles Baudelaire wrote, “the neatest trick of the devil is to persuade you that he does not exist”.