His middle name is ‘Messias’. But within six months of his rule, citizens wonder if he is more mess than messiah.

Jair Messias Bolsonaro, Brazil’s far-right populist president, promised “Nova Politica”. But citizens see the same old politics of corruption, incompetence and nepotism. He appoints his youngest, 35-year-old, “far-right hunk” son as Brazil’s next ambassador to the United States. “It would be obvious how idiotic this is if we did not have our own nepotism problem. Nepotism is corrupt and dumb,” tweeted Walter Shaub, who resigned as director of the US government’s ethics office in 2017 after clashes with the Trump administration.

Bolsonaro is called the ‘Trump of the Tropics’ for his aggressive use of social media, outrageous remarks, anti-establishment vitriol, expectation of personal loyalty and promotion of family. Public power is private business. Elect one, get four for free. The eldest Bolsonaro son is involved in financial scandals and death squads; the middle one is called “pitbull” for ferociously furthering his father’s causes. All three sons have amassed fortunes on modest lawmakers’ salaries. 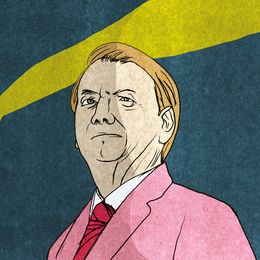 Failure to tackle corruption, induction of scandal-tainted characters into his cabinet, political infighting and crude state meddling erode Bolsonaro’s popularity. To deliver on promises, he needs allies. But Bolsonaro faces a firing squad of lawmakers whom he had demonised during the election campaign. They now pay back his insults and profanities by blocking him.

Bolsonaro liberalised gun ownership to deter violence. Experts use global statistics to show homicide in Brazil will now only increase from the current high of 64,000 murders a year. Bolsonaro supports industrial farming in the Amazon. Satellite data show that already deforestation in the world’s biggest rainforest is as much as one football field a minute.

Both Trump and Bolsonaro pander to their base, which in Brazil is called “BBB”—Bulls (agrobusiness), Bullets (gun lobby) and Bible (religious fundamentalists). Both deny climate change and despise socialists, migrants and mainstream media. His critics say Bolsonaro learned what he needed to know from comic books. Rest from Trump. The champion of family values is on his third marriage. He used their pitbull son to wreak vengeance on his first wife.

In other countries, Bolsonaro’s racist, misogynist and homophobic abuses would earn expulsion. Pushing and snarling, he told a congresswoman from the erstwhile ruling Workers’ Party: “I would never rape you because you are not worth it.” He claims it is a “weakness” to beget daughters and that “a dead son is better than a gay son”.

During his campaign, he hardly offered solutions for his nation’s problems, but Brazilians were so disgusted with street violence and corruption that they elected him. Says public policy expert Rafael Alcadipani: “Everyone wanted change in society, but the commander-in-chief has not shown himself to be capable of delivering any type of change.”

The difference between the North and South American Trumps is that while the economy is booming in the United States, it is shrinking in Brazil. Bolsonaro’s free market views excited business lobbies and his social media prowess enthralled the youth, but economic performance is dismal. Debt and unemployment soars; GDP growth cut from 2 to 0.8 per cent. The nation risks slipping into recession again, making economists wonder whether Brazil qualifies to be a member of the BRICS. Expecting growth on steroids, his adoring fans had hailed the “Bullsonaro wave”. Disenchanted people see a lot of bull, little else. Bolsonaro’s ratings sunk to 32 per cent, the steepest fall for a newly-elected president. The revolution is over. The saviour needs saving.