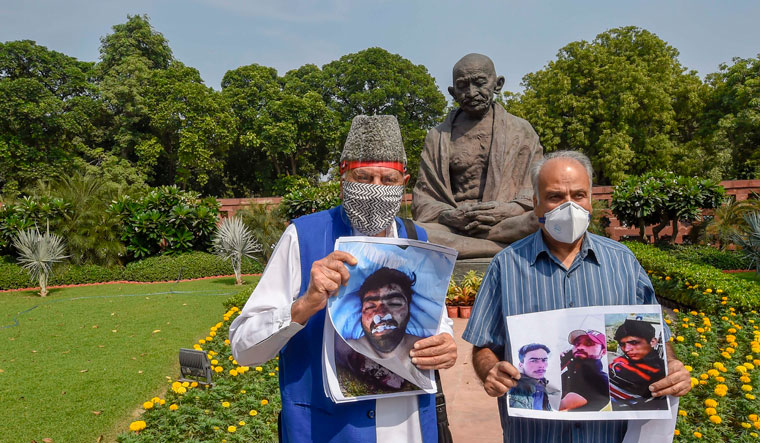 After the encounter, the Army had released a statement calling the victims “three unidentified terrorists”. “During the search, terrorists fired upon Army personnel and the encounter started,” said the statement. It also mentioned that arms and ammunition were recovered from the site of the encounter.

Local residents and regional political parties were furious about the incident. Soon it became the first fake encounter case registered in Jammu and Kashmir after it was made a Union territory, after the families of the victims claimed that the trio were ordinary labourers.

The families had filed a missing person’s report on August 9. The following day, when photos of the “militants” killed in Amshipora appeared on social media, they were shocked to see the resemblance with their sons. Soon they went to the police and urged them to trace the trio.

The Army was quick to initiate a court of inquiry into the incident. After the DNA samples of the trio matched the samples taken from the families, the allegations of a fake encounter gathered substance.

Nazir and Lone were taken into judicial custody on July 28, while Singh is yet to be formally arrested because of the immunity he enjoys under the Armed Forces Special Powers Act.

The informers in Jammu and Kashmir are paid cash rewards for providing intelligence on militants, and the security forces teams that carry out the operation receive bounties placed on militants based on the grade—A+, A, B+, B and C. The charge­-sheet filed in the court of the chief judicial magistrate in Shopian on December 26 accuses Singh of furnishing “false information” to mislead senior officers, and of getting an FIR lodged to further his motive of claiming the bounty.

According to the charge-sheet, the victims were abducted from their rented accommodation at Chowgam by the accused, taken in a car and executed. Allegedly, illegally procured weapons were planted on them. “The vehicle... with registration number DL 8CU 0649, which was used for abduction and transportation of the victims, was seized as evidence,” says the charge-sheet.

The accused have been charged with murder, criminal conspiracy and destruction of evidence. The charge-sheet says Imtiaz had been working with a person named Muhammad Yousuf from Chowgam since 2018. His cousins had joined him there for work. Khan’s father, Muhammad Yousuf Khan, said he was satisfied with the investigations. “The captain who killed my son should be hanged,” he said. “They killed him in cold blood along with the other two boys for money and medals.”