Recovering from Covid, Gujarat is reopening itself to wildlife enthusiasts 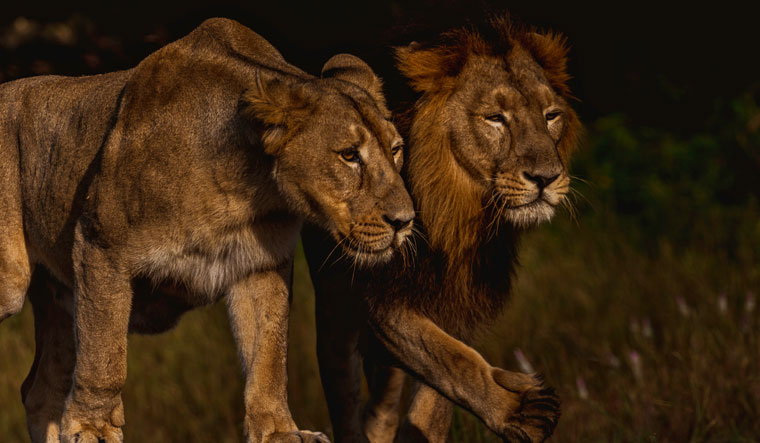 Kuch din toh guzariye Gujarat mai (Spend a few days in Gujarat),” says superstar Amitabh Bachchan in his inimitable style in Gujarat Tourism promotion videos. The tagline has been a hit in the last couple of years and has had a magnetic effect to attract tourists. And now, as Covid-19 has relented, Gujarat is once again welcoming tourists with wide open arms.

Gujarat boasts a wide variety of landscapes, monuments and wildlife. Tourism in the state received a great boost, with the construction of the Statue of Unity—world’s tallest statue at 182m—two years ago. But the state has always attracted travellers to its famed world heritage sites, beautiful palaces, places of worship and national parks. As the actor suggests, enjoying some of these to the fullest requires spending a few days in Gujarat and partaking of its warm hospitality. 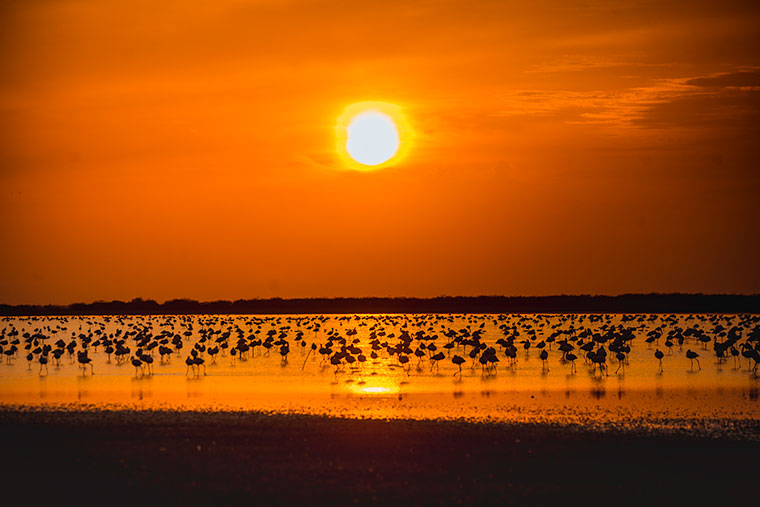 Gujarat has always considered the king of beasts to be its greatest attraction, the Gir forests being the only home of the Asiatic Lion in the world. Gujarat is also the world’s only abode of the Indian wild ass, another magnificent creature. Spotting the king of the jungle from close quarters in the deciduous forest is a soul-stirring experience, far away from the hustle and bustle of the cities and choking pollution.

“Ever since the wildlife and bird sanctuaries were opened to the public, we have been following the SoPs laid down by the Union health ministry at the sanctuaries, parks, hotels and restaurants,” said Jenu Devan, Managing Director, Gujarat Tourism. “The tourism department has been conducting webinars to train the lower-level staff of restaurants and hotels on health measures in the context of Covid. At major tourist attractions like the Statue of Unity, sign boards regarding Covid-19 precautions have been put up. There were 35,000 tourists a day at the Statue of Unity during last Diwali vacation. But this Diwali we are not focussing on the numbers. Our focus is to provide the facility in a manner that all the guidelines are followed.” 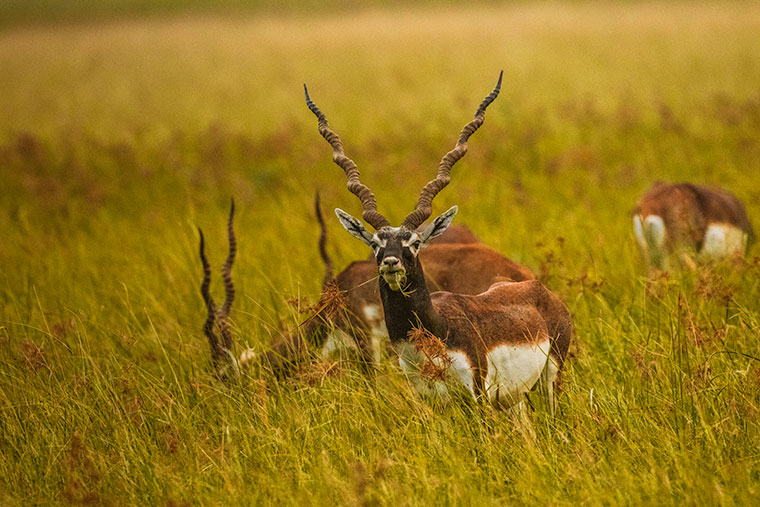 Devan says the tourist attractions have online booking and for the time being they are sticking to it to restrict the number of visitors and avoid rush.

The Gir National Park and Sanctuary is located in Sasan, Junagadh, in the Saurashtra region. The park is inviting enough, but as seasoned travellers know, patience pays in wildlife tourism. If you are lucky, you can spot the Lion in the jungle safaris conducted by the forest department. The forest guards know the habits and movements of the Lions. But in case you aren’t lucky enough to spot the Lion, you won’t leave disappointed as the Devalia Interpretation Zone offers you a chance to see the Lion and capture it on camera. 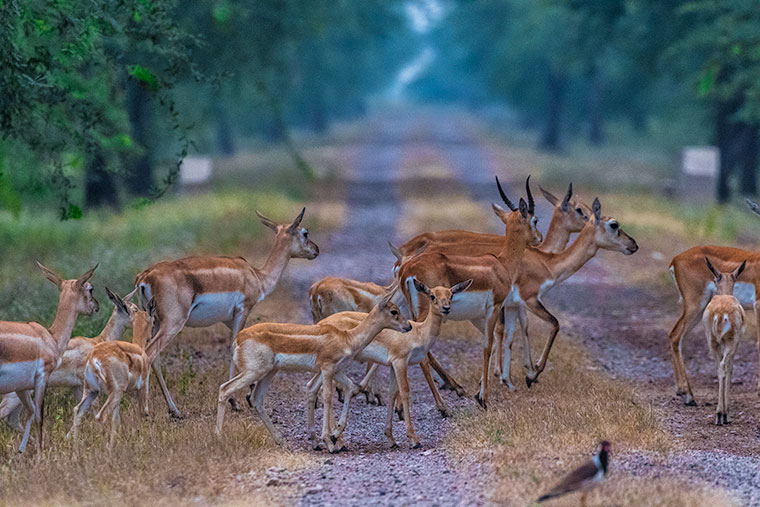 The population of the Lions has been steadily on the rise in recent years and currently stands at 523, as per Gujarat Tourism. Gir is also home to other animals like the Nilgai, Spotted Deer, Large Deer and a variety of bird species. Birdwatchers can spot more than 300 species in the habitat that has 258sqkm as national park and 1,153sqkm as wildlife sanctuary. With increasing number of tourists, numerous hotels have come up; one can find budget hotels to The Taj Gateway Hotel Gir Forest at Sasan Gir. 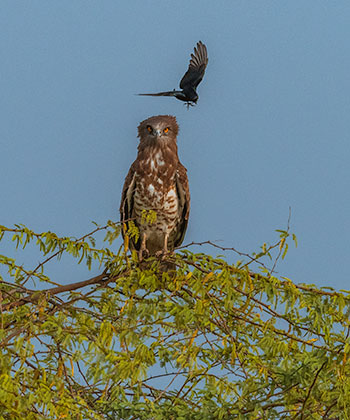 The more adventurous travellers like the trip to be experiential and stay in the homes of local villagers who live close to where the lions visit. This is peaceful coexistence of man and beast, an elevating and humbling experience for the visitors. A viral video on social media recently showed a forest guard requesting a Lion, which was sitting in the middle of the road, to allow him to pass through. The Lion immediately made way for the guard.

Gujarat has been a land of travellers from ancient times, and is blessed with good roads and connectivity. If you are flying in from some other state to watch the Lions, you may land in Rajkot, which is 170km from Gir. The train connectivity to Junagadh, which is 60km from Gir, is also good. By road, the distance from Ahmedabad to Gir is about 330km and it takes about eight hours. 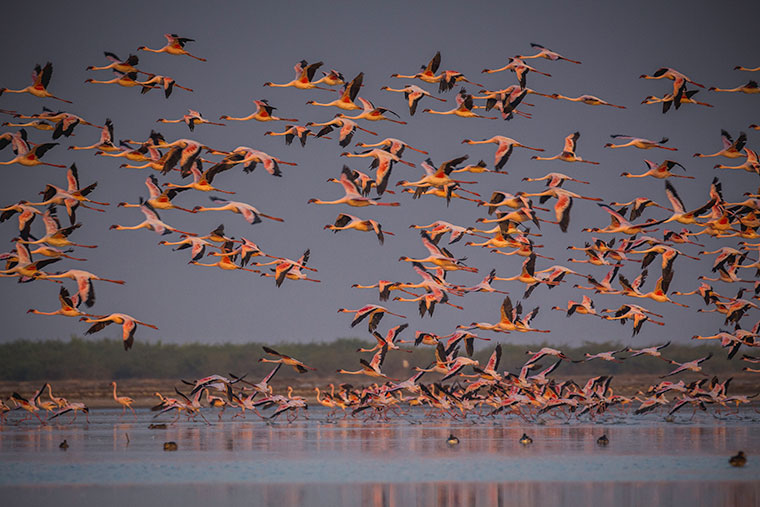 Many travellers who come to Gir find it rewarding to visit Somnath, one of the 12 jyotirlingas in the country. The temple also has historical significance as it has been attacked by many invaders, including Mahmud of Gazni, who plundered it. Reconstruction of the temple was ordered by Sardar Vallabhbhai Patel, the former home minister of India.

As fascinating as the Gir Lion is the Indian Wild Ass, which amazes you with its speed. It is seen in the Little Rann of Kutch and in the Wild Ass Sanctuary in Surendranagar, which is a few hours drive from Ahmedabad. As Bachchan jokingly says in one of the advertisements pointing at the Indian Wild Ass, “If next time someone calls you gadha (donkey), do not feel offended. It is not an abuse but appreciation.”

In the white expanse of Rann, it is a treat to watch the Indian wild ass galloping along. This majestic animal can reach speeds of 70kmph, but it is easier to spot it than the Lion. You might sight this herbivore, moving alone or in a herd, crossing the road on your way to the Little Rann or Surendranagar. You will soon come across signboards asking you to drive slowly: you are moving closer to the home of the Wild Ass. 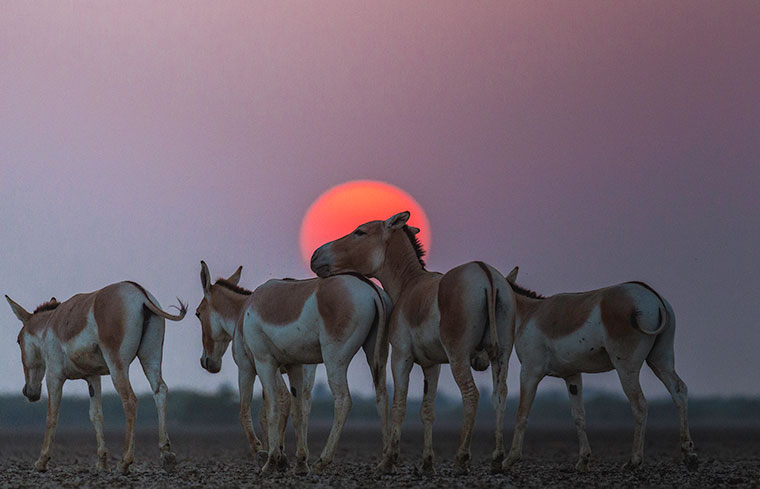 Tourism officials would tell you that you can follow the wild ass either in the Little Rann of Kutch or in Surendranagar. Going to the Little Rann has an advantage of sorts as, if you time it well, you can also experience the Kutch Utsav, which is held in winter in Dhordo.

Tourist packages for the Rann Utsav are usually for 1 night-2 days to 3 nights-4 days. Visits to craft villages and museums, live cultural programmes and camel rides form part of the package, and it makes you feel special to live in tents and cottages (traditional bhungas).

Dhordo is 80km from Bhuj and is well connected by road, rail and air. And if one prefers to see more of the Indian Wild Ass, one can stay in Bhuj and see nearby areas, including the beach of Mandvi. Many hotels have sprung up in the city in the last two decades.

The Wild Ass Sanctuary in Surendranagar is much nearer to Ahmedabad. Dasada, one of the entry points to the sanctuary, is just 95km away. So this is the best bet if you have only a day or two. There are good hotels in and around Surendranagar, which also has a few interesting temples. 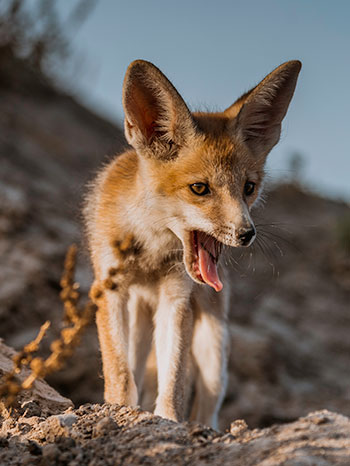 Explorers of the Gujarat wilderness rarely skip the Velavadar Blackbuck Sanctuary. Located in Bhavnagar district, it is about 150km from Ahmedabad and is very well connected by road. June to October is considered the breeding season of the blackbuck and hence the sanctuary remains closed during this period. Tourists normally visit the place from October 15 to June 15.

Most travellers may not need more than a day in Velavadar. If you have reached Bhavnagar a night before, you can start trailing the Blackbuck the next morning. By late evening or night you can be back in Ahmedabad. But remember, the Blackbuck is a very sensitive animal and if you wish to spend some time observing it, you need to observe pin-drop silence.

Apart from Gir forests, the Wild Ass Sanctuary and the Blackbuck Sanctuary, Gujarat has many more places that boast varied wildlife. The Nal Sarovar Bird Sanctuary is the largest wetland bird sanctuary in Gujarat and one of the largest in India. It is spread over 120sqkm and is about 65km from Ahmedabad.

It is home to migratory birds during winter and spring, especially after the water levels in the wetlands come down, a couple of months after monsoon. Migratory birds come from as far as Siberia. Among the birds that are spotted here are rosy Pelicans, Herons and Flamingos.

The best time to spot these birds is at daybreak. Many tourists start from Ahmedabad around 4am and reach the bird sanctuary on time. There is usually a long queue for tickets. Once the travellers are in, small boats take them around in the water body, for them to watch the hovering birds and to capture them on camera from close quarters.

Travellers enjoy feeding the birds. These avians will eat whatever they are offered, right from biscuits and sev to popcorn. However, it is advisable to find out what these birds normally eat and feed them accordingly.

For your own food at the bird sanctuary, there is an island in the centre of the wetland, where local people serve delicious Gujarati food, such as bajri na rotla, sev tameta sabji, and potato sabji, all nominally priced. Many travellers roam around on the island and return by dusk, so that they can once again watch the flight of the birds before bidding them goodbye. 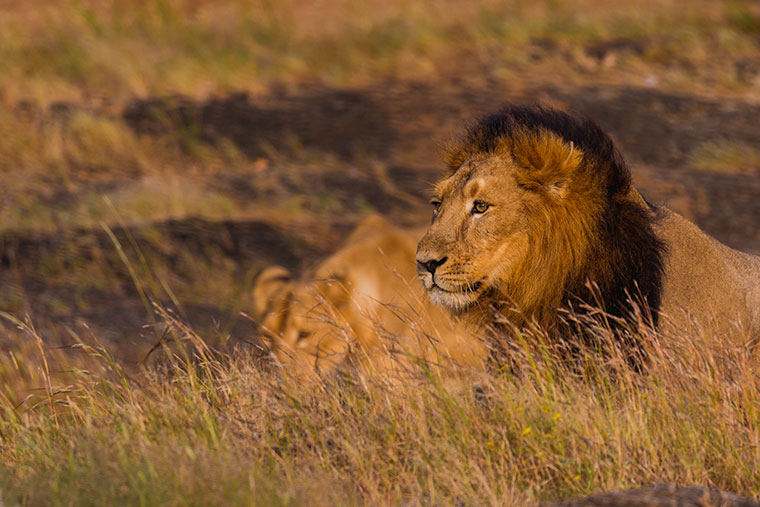 For birdwatchers, there are lots of lesser known places like Thol near Ahmedabad and Wadhwana and Timbi near Vadodara. These are places where one can go and return in half a day. The Great Indian Bustard Sanctuary and Narayan Sarovar are also there to see in Kutch.

The Jamnagar Marine National Park near Dwarka has 42 islands offering a clear view of corals without one having to dive underwater. It is a pleasant but strange feeling as marine life swims around your feet, as you walk in the water during low tide. Besides corals, the park is home to Sponges, Prawns, Crabs, Turtles and Stingrays.

Experiencing Gujarat’s wildlife would be incomplete without a visit to the butterfly park and the safari park at the Statue of Unity. The safari park has animals from all over the world. Central Gujarat has the Ratan Mahal Sloth Bear Sanctuary. South Gujarat, with its Purna Wildlife Sanctuary and the Vansda National Park, is also a delightful destination.

“The Khushboo Gujarati Ki campaign had boosted tourism in Gujarat, thereby necessitating infrastructure development at places of tourist interest,” said Devan. “Under the Tourism Policy of 2015, private players are also being encouraged and they are being given incentives in 10 segments. A new Tourism Policy will be out soon.

“For many months people had to stay put at home owing to Covid-19, but now they can step out with precautions. And, Gujarat provides many attractions where they can go without fear,” he said.