It was harder to win medal in Tokyo 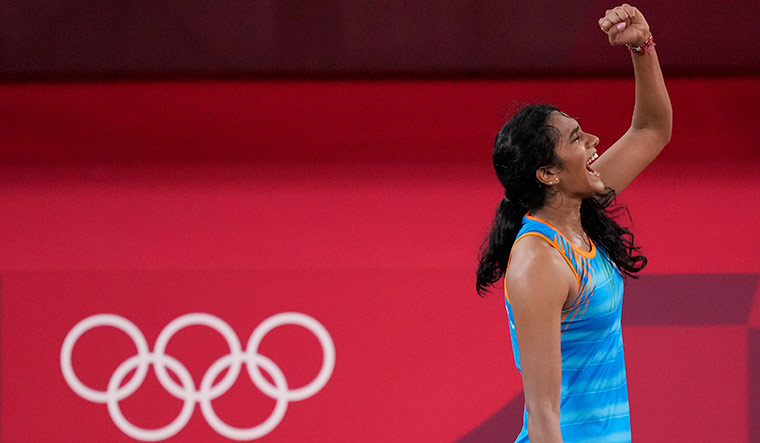 Having the entire nation’s eyes on her is nothing new for P.V. Sindhu. She was 21 when she won her first Olympic medal—a silver at Rio 2016. In the next five years, she added more medals to her collection, including the World Championships gold and an Olympic bronze. If anything, the latest medal needed more work, sweat and strength. Work on the court aside, she had to navigate several controversies, including a spat between her father P.V. Ramana and national coach Pullela Gopichand, and questions about her changing her coach. But Sindhu kept her head down and focused on her game.

Now, she is one of India’s greatest athletes, having won individual medals at two successful Olympics—the first woman and second overall to do so.

Speaking to THE WEEK after her medal win, Sindhu talked about the work she put in for a podium finish in Tokyo, how she dealt with controversies and how she struck a fine working relationship with her Korean coach, Park Tae-Sang. While Sindhu wanted to change the colour of her Olympic medal, Park wanted to taste success as a coach. Excerpts from an interview:

Q\ You were just 21 when you won silver in Rio. Is this bronze sweeter?

A\ I would say both are different. The silver in Rio was fantastic; it changed my life. This is special [because it needed] more work, more sweat and sacrifices [by] family members, trainers, sponsors, everyone. Getting a medal at the Olympics is always a dream come true, [and this is] definitely one of my proudest moments.

A\ No. I’m just enjoying the moment, cherishing it.

Q\ Can you talk about the ups and downs you faced in the past five years?

A\ It has been a long [and hard] journey. [After] Rio, I won some, lost some. Yes, there were a lot of ups and downs, but it was important to come back stronger and do well. Getting a medal in Tokyo, especially, was much more difficult. In Rio, there was not much expectation, pressure or responsibility. Actually, you cannot compare it with the Rio performance.

Q\ How and when did you get on board with what Park had planned for you on your Olympic journey? What training programme did he design for you?

A\ A lot of things were planned; he was focusing a lot on my defence. Obviously, we worked hard together for the dream. Training wise, we got players from the Suchitra Academy [in Hyderabad]; boys, too, would come and spar with me. [I needed that] to get used to different skills, techniques and mind-sets. It was important that we communicate, plan and then execute. We focused a lot on my strokes. He worked very hard and it worked out really well. I am really happy training with Park.

Q\ You are more experienced now. How much harder was it to medal in Tokyo?

A\ It was definitely harder. I have been the world champion, [so] they (opponents) read your game and come prepared with a strategy. I had to be prepared and give my best. That is what I did.

Q\ How did you not get affected by controversies, like you no longer training with Gopichand?

A\ There is nothing much to say. I have been training with Park for more than one-and-a-half years. I know there have been controversies and I know what I am doing. I do not want to let anything go into my ears; I take what I want to hear and let go of [everything else].

Q\ Which match at these Olympics kept you up the most?

A\ Every match was important. Not even one match was easy because you never know which way it will go. It was important to be in the moment from the first round, play my game and finish it off.

Q\ You won the World Championships in 2019. Did it help to finally win that tournament before you focused on Tokyo?

A\ When I got the World Championships [gold] in 2019, everyone started talking about an Olympic medal. For me, there were a lot of competitions before 2020, so I was focusing on them. That was the immediate goal. I was working on skill and technique, [thinking about] what mistakes I was making and what needed to be done. Everything came to a standstill because of the pandemic. A lot of competitions got cancelled, the Olympics got postponed. But even when we were not sure it would happen, we were still working for the Olympics.

Q\ How difficult was it to add more dimensions to your game?

A\ Every day is a process; I was working hard daily. I used the pandemic in a good way. I worked on my technique and strength. I did whatever my coach said; I rectified my mistakes, and worked hard on all aspects, physically and mentally.