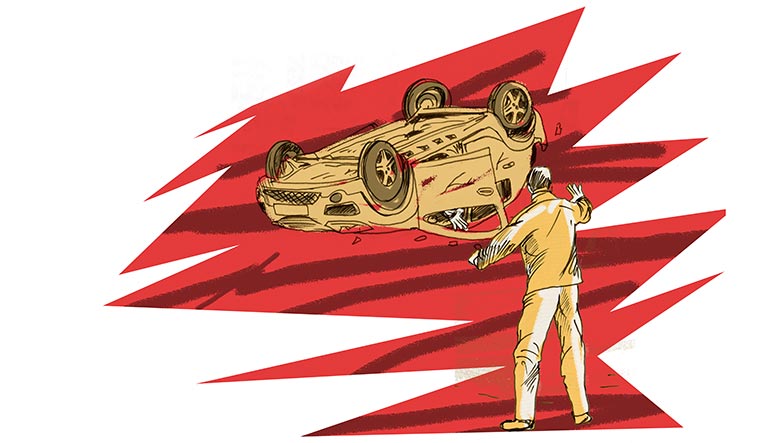 For Bengaluru city, it was just another day (Wednesday, August 21, 2019) with never-ending traffic snarls and incessant honking on its roads. But, it was a fateful one for Manu, 18, a Kerala-born lad who was in the city for his undergraduate studies, and four of his friends—George, Salman, Sanjay and Nidhi.

“Those were our initial days in college; Wednesdays were off-days for us,” says Manu. “We had been waiting for a chance to explore Bengaluru. Fortunately, or unfortunately, we got an offer from [rental car service] Zoomcar for a discounted ride. And, we decided to drive to the Royal Meenakshi Mall in Bannerghatta Main Road.”

On the way to the mall, the group took a turn to the Bengaluru-Mysuru Infrastructure Corridor—popularly known as the NICE Ring Road. “We thought it would be fun to take a ride on the NICE Road,” says Manu. “But it proved to be a terrible decision.”

The group entered NICE Ring Road from the toll booth on the Electronic City side around 11:30am. Just after the toll booth, they overtook Haradar Santosh Sashwath Jain’s car. The 30-year-old former national-level swimmer was heading home to Girinagar from Electronic City. “The way they overtook my car, I thought… it was rash driving,” recounts Sashwath. “My driver tried to throttle a bit and match them. I told him, ‘You drive calm. You know my mindset when it comes to NICE Road. Let them go’.”

He had lost his older brother in a tragic road accident on NICE Road on March 26, 2019. “My sister-in-law was paralysed below the waist in that accident. She is still in wheelchair,” says Sashwath, who is vice president of Garuda Aerospace Pvt Limited, a company that builds drones and helps farmers in spraying fertilisers and pesticides. 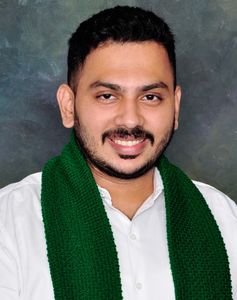 Manu was driving the Zoomcar when they started the ride. Rattled by the speeding vehicles on NICE Road, he handed over the wheel to George. Their car took a U-turn close to Bannerghatta, and just after that, the accident happened. “We were going at 120-130km/hr,” says Manu. “I do not know what exactly happened. For a few minutes, we were all numb. I think the steering got locked. All I remember is that the vehicle toppled twice and the left side of the car hit the ground.”

As Sashwath crossed Bannerghatta, he saw the Zoomcar in a ditch and asked his driver to stop. “By the time my driver stopped the car, we were 200 to 300m past the accident spot,” he says. “So, I asked him to take a U-turn, and I ran to the accident spot. Some people were standing there as mere spectators—no one was helping the kids.” George and Nidhi were in the front seats, and Manu, Sanjay and Salman in the back. All of them were in panic and shock.

On reaching the spot, Sashwath took charge of the situation. “First, we pulled the girl [Nidhi] out, then Manu, and after that Sanjay,” he says. George and Nidhi were unhurt as they had worn seat belts. Manu also seemed to be stable. But Sanjay and Salman were in pain. Sanjay was bleeding from his ears and nose. “His face was covered in blood,” says Sashwath. “When we tried to pull out Salman, he screamed. I said, ‘Do not pull him out’ because I sensed that his spine must have been hurt badly. The same thing had happened to my sister-in-law.”

Sashwath then flagged down a taxi cab and asked for help. “I asked him, ‘Can you help us, because I cannot wait till an ambulance arrives. I will pay you the diesel price. You just have to follow me to the hospital.’ The cab driver replied, ‘No need for money, brother, I will help you out.’” By this time, Manu also started experiencing severe back pain.

Salman, Manu and George were taken to hospital in the cab, and Sanjay and Nidhi were taken in Sashwath’s car. “We took them to the SSNMC Hospital—the same hospital where my sister-in-law was admitted,” says Sashwath. “I paid the initial charges in the hospital.” He also ensured that the police case filed against George—who drove the car—did not have severe charges. “It was an unintentional incident,” he says. “They were all students. I did not want this incident to ruin their future.”

Sanjay’s condition stabilised after he was given the first aid. However, Manu and Salman had suffered spinal cord injuries. “Salman’s case was severe. He suffered damage to the nerves, too,” says Manu. “He had to undergo surgery. He was shifted to Government Medical College, Thiruvananthapuram, the next day. I had to stay in hospital for three to four days. Later I was shifted to a cousin’s home.”

Sashwath stayed as a helping hand during their days in hospital. It has been one and a half years since the accident. Salman is still bedridden; he could not return to college. The group is still in contact with the good Samaritan who saved them.

It was the death of his brother that had made Sashwath a road warrior. “My brother’s life would have been saved if someone had helped him the way I did,” says Sashwath. “Those who have seen that accident waited for an ambulance for more than an hour. By the time he was taken to hospital, we had lost him.”