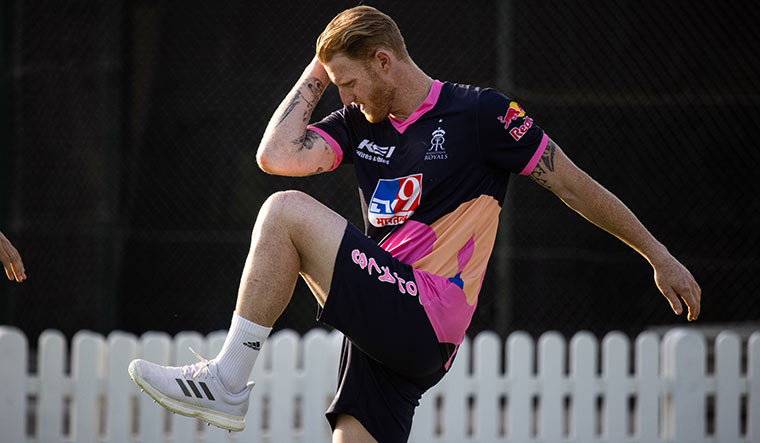 Ben Stokes has a larger than life image in English cricket: A superhero who has won England its first ever World Cup, followed by an Ashes victory; a cricketer who can do almost anything on the field, be it with the bat or ball. Over the last year and a half, Stokes’s cricket career has seen not a single blip.

But 2020 has been more than just those unforgettable cricket performances for Stokes. It has been a tough time for his family as his father, Gerard Stokes, was diagnosed with brain cancer. In August, the Christchurch-born player rushed to be with his family in New Zealand after being granted leave during England’s Test series against Pakistan. He spent five weeks with his parents, before heading to the United Arab Emirates to join his IPL franchise, the Rajasthan Royals. Stoke’s IPL outings this season—including a 107 not out from 60 balls—has not helped his team seal a berth in the play-offs. But it has set the tone for an enticing 2021 season, which will see an India-England series in January.

He says that he was prepared to open the innings for the Rajasthan Royals even before joining the team. He credits the consistency in his performances to the maturity and experience he has gained as a cricketer. Edited excerpts:

A/I think it is a very challenging thing to go through. Being in a bio-secure bubble takes away the freedom that we are used to, but look at the bigger picture. I think it is a responsibility that we have on our shoulders as professional cricketers—to keep the game on TV screens, [and] give the fans the entertainment that they want. It obviously comes with challenges, being away from family, being in the same place for such a long time, but we would much rather be in a bubble playing cricket, than sit at home and not being able to do what we need to do.

Q/How would you sum up the last year and a half—World Cup win, Ashes win, lockdown and father’s health?

A/It has been crazy, really. We were in Sri Lanka in December [2019] when the virus had started to get serious, and we came home from that tour at the right time. If we had stayed for another week, we would have stayed in Sri Lanka, for God knows how long. If you look back at December 2019, everything was running smoothly. I do not know how long it will take for things to get back to normal.

Q/Where do you get so much courage from?

A/I do not know.... [I] think just being a sportsperson, you always want to win your individual battles and be on the winning side as much as possible. Being an all-rounder, you always have to be switched on—you have to concentrate on your batting, your bowling and even fielding. Always being involved in the game is probably, I would say, a better way to explain the courage.

Q/This IPL season saw you in a different role—as an opener.

A/I am really enjoying it. It is something that I always wanted to slowly and gradually get into. In the England team it is tough [to become an opener]. Jason Roy, Tom Banton, Jonny Bairstow, Alex Hales—all these guys are phenomenal openers. So, it is a hard place to get into.

Q/The ongoing IPL season has already seen several Super Overs. Being involved in an unforgettable one—in the World Cup 2019 final—do you like the concept of Super Over?

A/I think it is in very rare occasions that it happens, even though this IPL [season] has seen it quite a few times. At the end of 240 balls, if there is no victor, then I guess it is the best way to go about it. I am sure both teams do not want to walk away with split points if it ends in a draw. I think it is good that since that World Cup final, few things have been adjusted to the rules. I do not think anybody ever thought it would go that way, so they [the International Cricket Council] went back, rethought the whole process of Super Over and decided to keep doing it till there is a winner. It is a great way to find a winner at the end of a tie.

Q/In terms of mindset and intensity, do you see a difference between playing in the T20 World Cup and the IPL?

A/In the IPL, compared with T20 WC, you got more time to, maybe, find a formula that works. In a T20 World Cup, you do not have that much time—if you do not do well in the group stage you are gone. In the IPL, you can afford to try a few things like selection, and how your line-up looks, because there are so many games (in the group phase).

Q/Any bowler that you found challenging facing up in the IPL?

A/I think [it is] pretty obvious, if you look at the two top bowlers—Jasprit Bumrah and Rashid Khan. Rashid has all those tricks, he bamboozles batsmen every time he walks onto the field, he is fantastic. Bumrah is very good with what he does whether it is with the new ball or the old ball.

Q/Do you feel you are at the peak of your performance? What will it take to maintain that consistency?

A/I would have obviously loved to do a lot better this year, especially with RR. I am nearly 30 now, so I know what works for me in terms of preparation, and what I need to do before going into a game. I do not try to go too far away from that, [and] do not try to overcomplicate things too much because once you get to game day, there is not much you can do—you just try to perform as well as you can.

Q/Your thoughts on the upcoming India-England series in January 2021.

A/Hopefully, that is the big one! One does not know what is going to happen. As always, one hopes to prepare well as a team and individual.