My aim is to create a more proactive approach 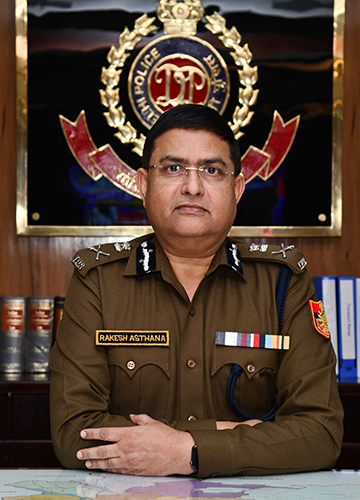 Of the 1,788 rape cases registered in Delhi this year, till November 15, 23.01 per cent were against persons who were in live-in relationships with the survivor or refused to marry the survivor after promise of marriage. In 99 per cent of the cases, the accused were people known to the survivor; 46 per cent were friends or family, 14 per cent relatives, 11 per cent neighbours, 27 per cent other known persons and one per cent employers or colleagues. One of the fundamental issues in the offence of rape is consent, but, when consent is obtained by fraud, cheating or undue influence, it amounts to rape.

Nine years after the gang-rape and murder of Nirbhaya drew global attention to the heinous crimes against women in the capital and brought about harsher punishment for rapists, changing social dynamics portend a new challenge for the police. A more nuanced approach to policing is the need of the hour. Delhi Police Commissioner Rakesh Asthana said that separating law and order, and investigation at the police station level is making ground-level policing more effective. Asthana is also focusing on soft-skill training for police officers and improving the quality of investigations.

The Safe City Project, financed by the Rs 850 crore Nirbhaya Fund, is expected to aid Asthana's efforts. The first phase of the project is scheduled to be launched by June 2022. Under it, an integrated command and control centre is being established at the Delhi Police headquarters. The centre will link the nearly two lakh standalone CCTV cameras, including private installations, in the city and use video analytics, artificial intelligence and machine learning for predictive policing, face recognition and social media analysis.

Edited excerpts from an exclusive interview with Asthana:

What is the situation of crimes against women in the capital and what steps are you taking to make policing more effective?

Seventy per cent of crime in the capital is petty street crimes like chain snatching, bag lifting, mobile snatching and thefts. Thirty per cent is crimes like murder, dacoity, attempt to murder and robbery. Crimes against women are also a part of this 30 per cent. These include heinous crimes such as rape, molestation, stalking and outraging the modesty of a woman. I believe that if ground-level policing is good, these crimes are easier to prevent and detect.

To strengthen day-to-day policing, our aim is to make police stations more effective and empower beat constables, to increase their effectiveness. Keeping this in mind, we have separated law and order, and crime investigation at police station level. Till now, there was little clarity on who will investigate. 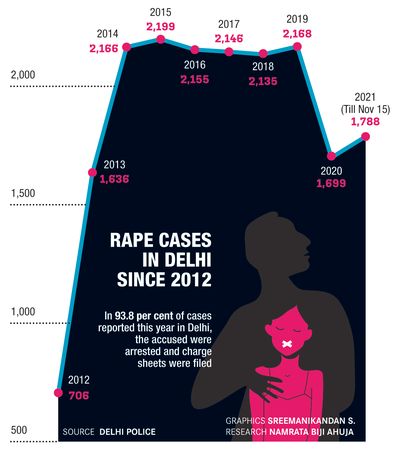 Sometimes, the staff changed and the investigation passed on from one policeman to the other. At other times, complainants visiting a police station did not know who would listen to them. Now, with the separation of law and order, and investigation teams, at least one team of investigators is present at the police station round-the-clock to listen to complaints.

Secondly, there was also a huge pendency of investigations. When there are focused teams for investigation, the pendency will automatically reduce. When investigations are carried out expeditiously and culprits are booked on time, the effect is visible on society.

How will you ensure there is cohesion between law and order and those doing investigations?

Today, on an average, every police station has 8-10 teams of investigating officers who are handling different types of cases. These teams are led by an assistant sub inspector, head constable, sub inspector and inspector depending on the nature of crime. This ensures focussed attention to solving the crime. The law and order portion is being handled by policemen who take preventive action against known criminals and history-sheeters. If both good investigation and good prevention go hand-in-hand, crime prevention, detection and overall law and order situation will automatically improve.

In the Nirbhaya case, there was criticism of the police control room's response time. How are you changing that?

Women are apprehensive about reporting rape and other sexual offences as they may not be treated sensitively. How are you going to change that?

We are focusing on providing soft-skill training. We are doing regular courses at the Delhi Police Academy. We have also started calling soft skill trainers from the private sector, like the airline industry. We are also taking help from other government organisations to address the issue in a structured manner.

There are concerns around the efficacy of CCTV cameras in crime detection and prevention. Your comments.

We are launching the Safe City Project with Rs 850 crore allocated to us by the Centre from the Nirbhaya fund. The first phase is likely to be launched by June 2022 where an integrated command and control structure will be set up at the police headquarters for integration of all private and non-private cameras in the city. It will provide video analytics, face recognition techniques, artificial intelligence, machine learning and predictive policing techniques to give the necessary technological aid to police. Another 10,000 CCTV cameras will be added and state-of-the-art technology will be used to decode and analyse the data generated. We are training policemen and will hire experts from the private sector.

The misuse of social media is a growing security threat. How are you handling it?

I have created a social media monitoring cell in the headquarters where we not only project the good work done by the Delhi police, but also counter propaganda against the police and the system by putting facts and figures in the public domain. A special cell is working to track those who misuse social media to create unrest.

Can law enforcement be the main deterrent against crimes against women?

My aim is to create a more proactive approach instead of a reactive approach. It also means the accused should be apprehended immediately, so that there is some solace to the victim. This needs to be followed by a speedily conducted scientific investigation and filing of the charge-sheet in court. After I assumed charge, the horrific gang-rape and murder of a nine-year-old girl took place near Delhi Cantonment on August 1. The accused were rounded up quickly and after a scientific investigation, a charge-sheet was filed in court within days. We have requested for a fast-track trial.

What steps are you taking to increase the number of women in the police force?

How are you handling rising crimes and drug mafia on the dark net?

The Intelligence Fusion and Strategic Operations Unit is providing assistance to police stations for investigating and preventing cyber crimes. The thrust area is countering cyber terror by tracking drug trade, criminal and organised crime rackets on the dark net. There are around 2,500 trained policemen and another 7,500 police officers are being trained for working in cyber police stations in districts. For the first time, every district will have a cyber crime police station. Since all the evidence is in digitised form, I feel the convictions can also be high.

Are you proposing any changes to the Indian Penal Code?

At the moment, snatching cases are registered by combining two IPC sections and the offender gets a maximum punishment of three years for theft and two years for use of criminal force. We are proposing introducing a separate section with enhanced punishment in the IPC for snatching and a proposal for the same will be sent to the government. 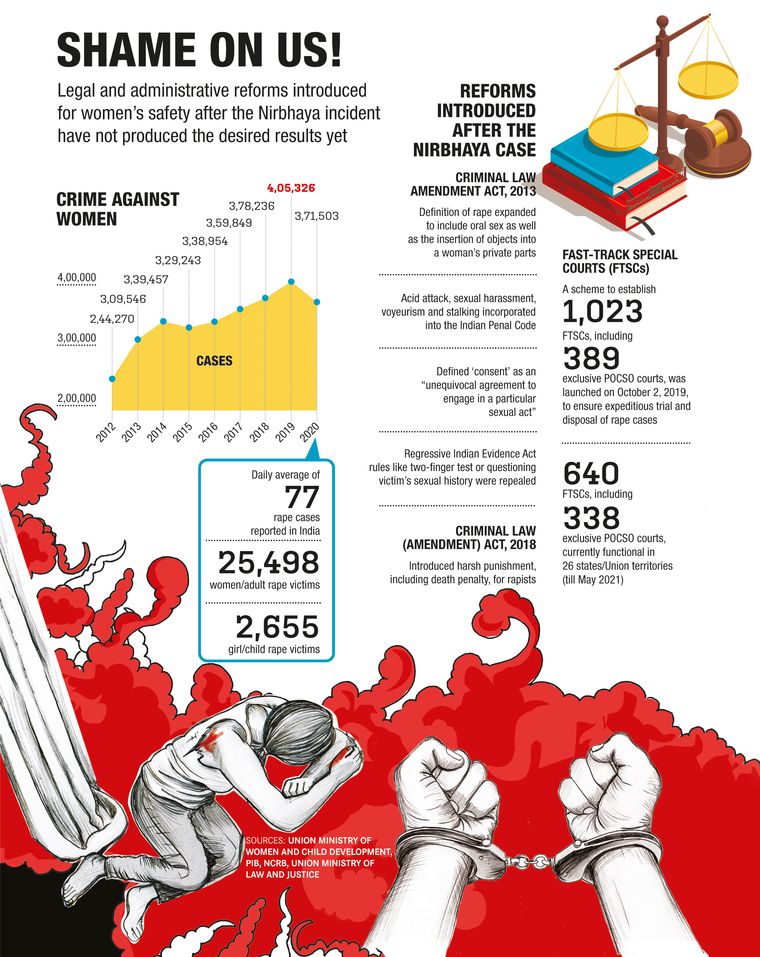 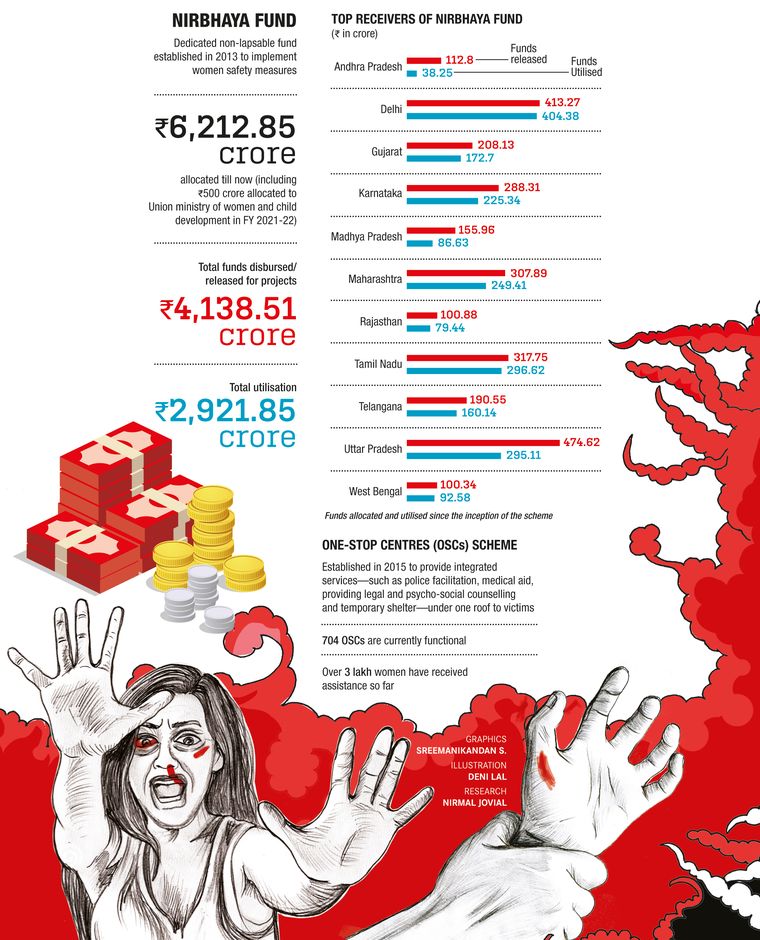